Continue to Deadline SKIP AD
You will be redirected back to your article in seconds
Skip to main content
February 7, 2021 6:17pm 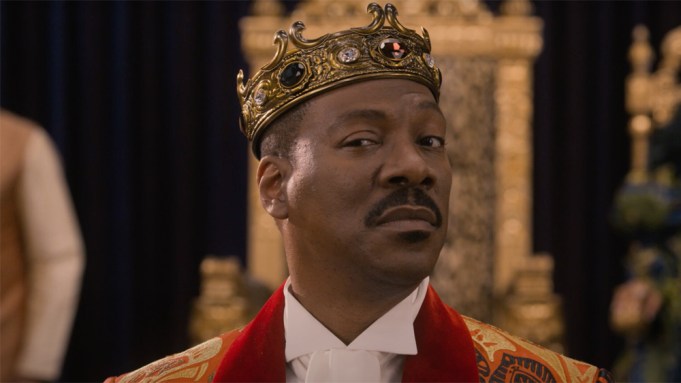 UPDATED with new Super Bowl trailer. In 1988, Eddie Murphy and Arsenio Hall originated the roles of Prince Akeem and Semmi respectively in Coming To America. Over 30 years later, the comedy has reached legendary status and the two actors are set to reprise their roles of Akeem and Semmi. Based on what we have seen from the sequel Coming 2 America, the two actors will also reprise their roles of the My-T-Sharp Barber Shop denizens Clarence, Saul and Morris as well as Reverend Brown and, of course, the iconic Randy Watson, lead singer of the band Sexual Chocolate.

The new comedic adventure brings us back to the royal country of Zamunda, where Akeem has been crowned the new King but when he finds out he has a son in America that he never knew about, he and his BFF Semmi head back to  Queens, New York — where it all began.

Watch the new trailer above and the Super Bowl spot below.