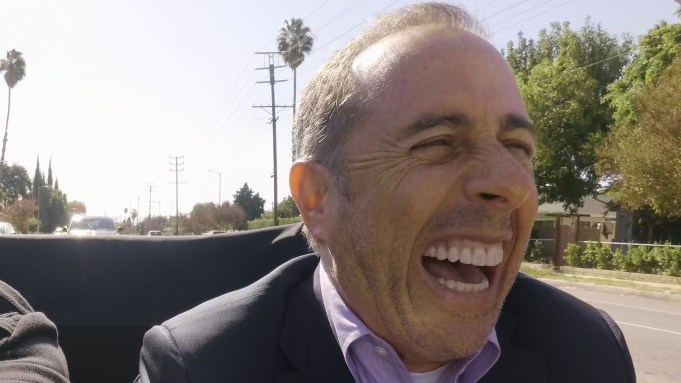 Jerry Seinfeld opens the trailer for the new season of Comedians In Cars Getting Coffee noting several shows with wheels that Comedians in Cars has “influenced. He then goes on to list many, including The Late Late Show‘s “Carpool Karaoke” segment as well as the fake series Alec Baldwin’s Love Ride, Comedians Watching Football with Friends, Funny Uber Rides and Clergy in Cars Getting Coffee.

“We are proud that others have taken notice of our style and have been inspired by it. The only comment we would like to make is, ‘If you’re gonna knock us off, get it right,'” Seinfeld says.

Comedians in Cars Getting Coffee Season 11 premieres July 19 on Netflix. Watch the trailer above.