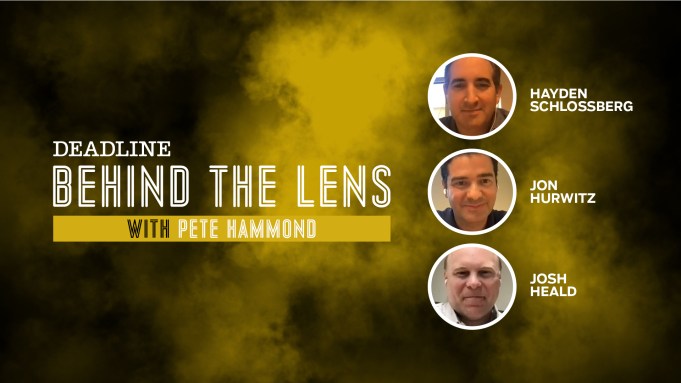 Jon Hurwitz, Josh Heald and Hayden Schlossberg were friends growing up in the 1980s. The trio also had massive love for and an obsession with the movie The Karate Kid, but where that might have been it for your average kids, these three have never let go of it. Individually becoming successful television creators and producers, the trio never lost touch and made what seemed like a long-shot Hail Mary pass into reality by pitching Sony Pictures Television and Will Smith’s Overbrook (who owned Karate Kid rights) on a wild idea: carry the saga forward, nearly 40 years later, as a contemporary TV series that would reunite stars Ralph Macchio, who played Daniel, and William Zabka, who played his arch nemesis Johnny, along with other original cast members and a new generation of stars.

As they told me for this week’s edition of my Deadline video series Behind the Lens, it has become a success beyond their wildest dreams. A staple on YouTube for its first two seasons, it made the move to Netflix after completing shooting on Season 3 and has become not only a breakout hit there, but also has been nominated for four Emmys including their first for Best Comedy Series.

Join our conversation as we find out how they also convinced Macchio and Zabka, along with Martin Kove, Elisabeth Shue — and, in the upcoming fourth season, Thomas Ian Griffith (who played Terry Silver in the movie franchise) — among others to take on these iconic roles at this point in their lives, and how the series keeps evolving, balancing comedy and serious themes like bullying which has been more prevalent than ever — particularly with the advent of the Internet, which was obviously not around when the hugely successful series of movies was made. It is quite a story. As the saying goes “Cobra Kai never dies.”

To hear it all and what they think about those Emmy nominations, click on the video above.

Watch a new episode of Behind The Lens every Friday during Emmy season .