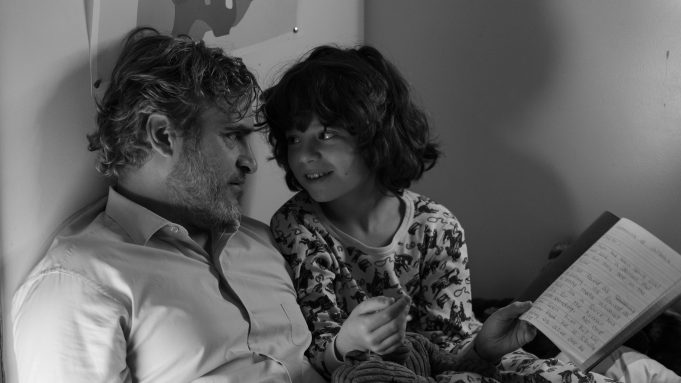 A24 on Wednesday released the official trailer for C’mon C’mon, the new film from writer-director Mike Mills that stars Joaquin Phoenix in the latter’s first move since winning the Best Actor Oscar for Joker. The pic is coming off its world premiere at the Telluride Film Festival over the Labor Day weekend.

The studio is eyeing a November release for the black-and-white film timed to awards season, but has not yet set a firm date. It’s next up at month’s end playing in the Spotlight section at the New York Film Festival.

In Mills’ own follow-up to his 2016 drama 20th Century Women, which earned him an Original Screenplay Oscar nom, Phoenix stars as Johnny, a documentary filmmaker whose latest project has him interviewing children across the U.S. about the state of affairs in the world. He forges a tenuous but transformational relationship with his 8-year-old nephew Jesse (Woody Norman), who he ends up taking on his travels from Los Angeles to New York to New Orleans. Gabby Hoffmann also stars.

The delicate trailer shows off glimpses of the relationship between Johnny and Jesse, from Los Angeles to New York, with voice-over of Johnny reading passages from Claire A. Nivola’s 2014 children’s book Star Child to Jesse in bed.

“Damn this book,” Johnny mutters softly when he finishes.