'This Is Us': How NBC Drama Wrapped The Pearsons' Story After Six Seasons; Dan Fogelman Breaks Down Series Finale; Stars React To End
Read the full story
March 8, 2021 2:58pm 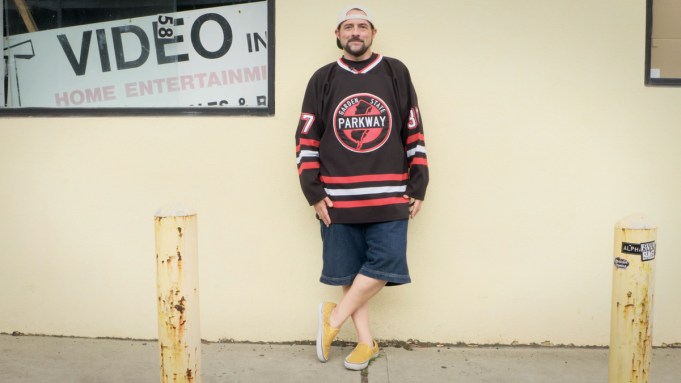 EXCLUSIVE: It’s fitting that the indie-focused SXSW would be the place to host the world premiere of Clerk, Malcom Ingram’s documentary about indie film icon Kevin Smith. As it prepares for its virtual bow in the fest’s 2020 Spotlight section March 17, we have the first look at the trailer.

The feature-length documentary is an examination and celebration of the life of Smith, the New Jersey film geek who 27 years ago brought his do-it-yourself first movie Clerks, financed with his maxed-out credit cards, to the Sundance Film Festival. Its success led to a career that has included helming numerous feature films (counting Clerks II and an in-the-works Clerks III) along with comic book writing, stand-up comedy, podcasting, TV producing and hosting, and writing books.

The trailer focuses on the entrepreneur side of Smith, among the first filmmakers to use the Internet and social media to build his now-fervent fan base, stoking interest in comics and geek culture that are now mainstays of today’s entertainment world (see: Comic-Con).

Ingram, who met Smith 25 years ago when Ingram was a journalist, also follows Smith back to New Jersey and the Quick Stop store where Smith worked and which became the setting for Clerks.

Marc H. Simon at Fox Rothschild is handing the pic’s sales at SXSW, which is running its virtual edition March 16-20.