Continue to Deadline SKIP AD
You will be redirected back to your article in seconds
Skip to main content
March 17, 2021 9:00am 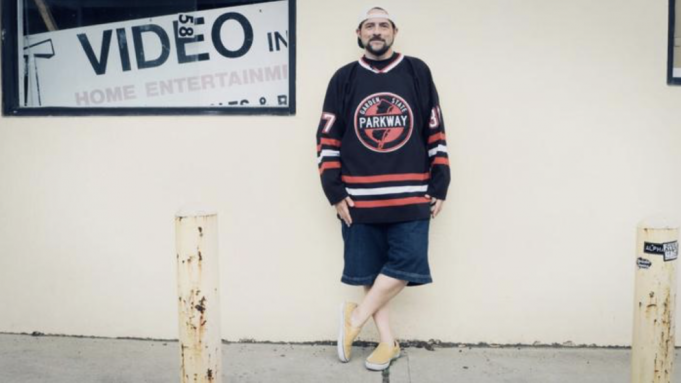 Filmmaker Kevin Smith has come a long way from his days working at the Quick Stop Convenience store in Leonardo, New Jersey.

Just how far becomes clear in the documentary Clerk, premiering in the SXSW Film Festival’s Spotlight section. Malcolm Ingram directed the film examining a groundbreaking career that took off with the release of Smith’s debut feature, Clerks, based on his experience at the Quick Stop.

“Every day of my life since 1993 I have probably said the word ‘Clerks’ at least once,” Smith said during an appearance in the Deadline SXSW Virtual Studio. “It was a wonderful magic trick that a kid pulled off that me, as an adult at age 50, have been living off of for the better part of coming up on 28 years.”

Ingram has known Smith that entire time, first interviewing the director in ’93 when he was a journalist at Film Threat magazine.

“I’ve been there for it. I’ve been a fly on the wall for a lot,” Ingram said. “I’ve seen a lot of stuff, so there was a lot of stuff to pull from. I kind of knew the story to tell.”

“Yes, indie film, I felt like I was not early but right at the right time. Podcasting, I felt like we were a little early there,” Smith concedes. “Embracing comic book culture, that was like early but that wasn’t even a choice, that was just who I was and stuff. It’s always nice to be there on time or right before that time arrives. It’s good for the brand, as they say. It’s good for your legend. It doesn’t give you any more money. First through the door makes nothing. But it just gives you bragging rights to be like, ‘I blazed a path.’”

Clerk delves into Smith’s near-death experience from a massive heart attack in 2018. But mostly it’s a celebration of a Jersey kid who transformed himself from a “mere” director into something much bigger and more vital to his large fan base.

“I’m very used to being in the Kevin Smith business, which means you live a lot of your life out there publicly and you have events and you’re constantly selling yourself,” Smith notes. “I stopped being just a filmmaker a long time ago, like I said in the flick, and just became ‘Kevin Smith’ for a living. Having a documentary, naturally, is always good for the brand.”