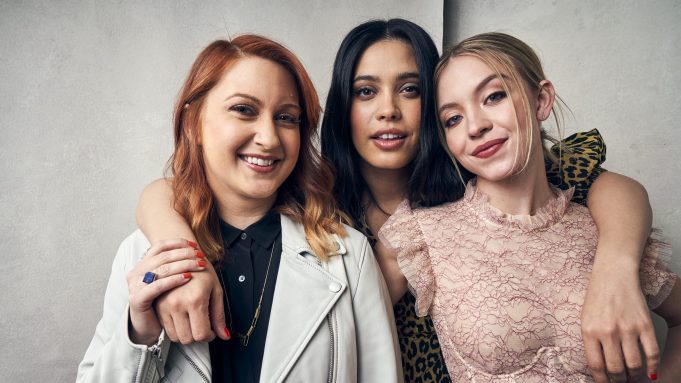 With her directorial debut Clementine, Lara Jean Gallagher sought to explore the nuances of female relationships, “and how one relationship with two women could seem like a lot of different things—sisters, friends, lovers, all at the same time.”

Starring Otmara Marrero (StartUp) and Sydney Sweeney (Sharp Objects, The Handmaid’s Tale), the drama centers on Karen, a young woman reeling from the end of a relationship, who seeks refuge in an unlikely place—her ex’s lake house. There, she meets Lana, a provocative younger woman, with whom she tests the waters of a complicated new relationship.

“I thought the words were beautiful, I thought the story was so beautiful,” Marrero told Deadline recently. “I hadn’t read a script in a long time that I visually imagined the whole time, as I was reading it.”

Appearing in studio with her co-star, Sweeney discussed her draw to Lana—“this mysterious character that had a curiosity of love”—while her director shared the challenges of mounting the indie pic.

First and foremost, there was the fact that Gallagher hadn’t met either of her stars face to face, until the trio arrived on set. That was “really crazy, especially for something where the chemistry between them is obviously the entire film,” she explained. “I never want to do that again, but it really worked out.”

Then, there was an adjustment to the nature of feature filmmaking, with the endurance it requires, after helming a series of shorts over the course of nine years. “I think my longest shoot had been seven days, so the question was like, ‘What happens to me on day 11?’ I don’t know, we’ll see, but I’m happy to report that I loved it,” the director said. “I think that the type of stories I want to tell are the ones that take time.”

To take a look at our chat with the director of Clementine and the two-hander’s stars, click above.