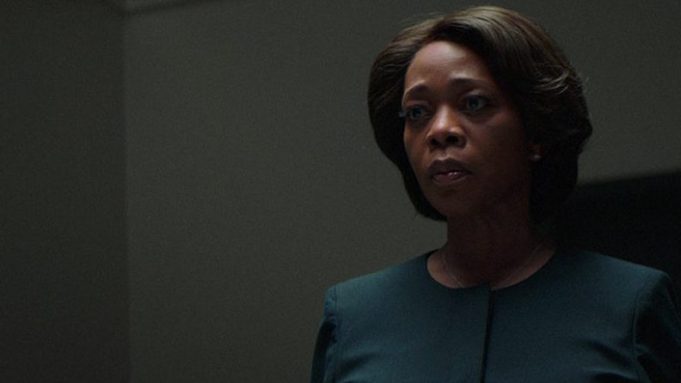 NEON has released the first trailer to Sundance Grand Jury Prize-winning drama, Clemency, written and directed by Chinonye Chukwu, who made history as the first black female to snag the marquee award at the festival. The film stars Alfre Woodard in a performance that has placed her among the early Oscar contenders.

Aldis Hodge, Richard Schiff, and Wendell Pierce also co-star in the film, which is set to hit theaters December 27.

Woodard plays prison warden Bernadine Williams, who, over the years, has been drifting away from her husband while dutifully carrying out executions in a maximum security prison. When she strikes up a unique bond with death-row inmate Anthony Woods (Hodge), Bernadine is forced to confront the complex—and often contradictory relationship between good intentions, unrequited desires, and what it means to be sanctioned to kill.

Clemency, which will next screen at the Hamptons Film Festival in October, was produced by ACE Pictures Entertainment, Bronwyn Cornelius Productions and Julian Cautherley.

See the trailer above.