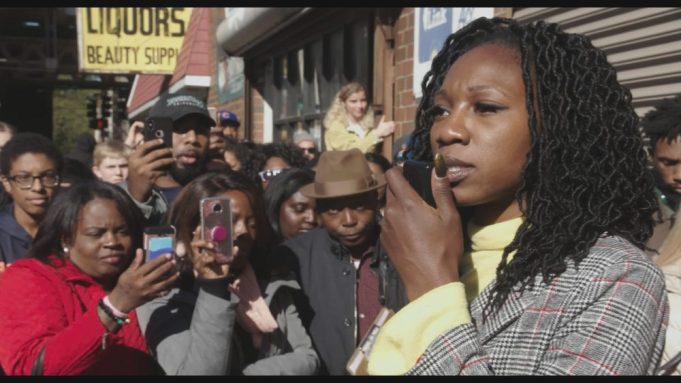 National Geographic Documentary Films has unveiled the first trailer for Oscar winner Steve James’ critically acclaimed docuseries City So Real, which paints a portrait of his hometown Chicago against the backdrop of its history-making 2019 mayoral election. City So Real will air over five nights, commercial free, beginning Thursday, October 29 at 7 PM on National Geographic channel. All five episodes will then be available on Hulu the following day, Friday, October 30.

City So Real from James and his longtime producing partner Zak Piper, Participant and Kartemquin Films, was an official Indie Episodic selection at the 2020 Sundance Film Festival where it had its world premiere. It initially included four one-hour episodes, but National Geographic will exclusively feature a timely fifth episode that follows the COVID-19 pandemic and social uprising following George Floyd’s death.

The series begins midsummer 2018 as Mayor Rahm Emanuel, embroiled in accusations of a cover-up related to the police shooting of a Black teenager, Laquan McDonald, shocks the city by announcing he won’t seek reelection. An unprecedented 21 candidates emerge in a diverse and crowded field as they engage in a no-holds-barred battle for a chance to shape the city’s uncertain future.

The final episode of the series picks up a year after the mayoral election in 2020, as the city simultaneously grapples with the COVID-19 pandemic and the widespread social upheaval following the police killing of George Floyd.