Continue to Deadline SKIP AD
You will be redirected back to your article in seconds
Skip to main content
December 2, 2021 5:29pm 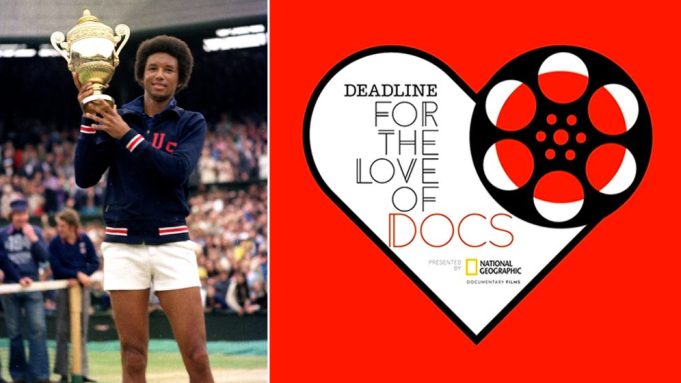 But what he accomplished off the court was even greater—advancing civil and human rights, attacking apartheid in South Africa, and destigmatizing HIV-AIDS. His life, tennis career and activism come into focus in Citizen Ashe, the documentary from CNN Films that played as part of Deadline’s For The Love of Docs series.

Rex Miller, who directed the film with Sam Pollard, made an earlier film on the great African-American woman tennis player and golfer Althea Gibson. He grew up in a family of “tennis fanatics,” he noted during a Q&A, and began following Ashe more than 50 years ago.

“In 1968, I was at the U.S. Open Finals at age six when Arthur won the title,” Miller said. “The opportunity came up to maybe make a film about Arthur Ashe, and it was a long process. And then what made it real at first was Jeanne Ashe [Arthur’s widow] coming on board.”

Ashe grew up in the segregated South in Richmond, Virginia, the capitol of the old Confederacy. His mother died when he was young and Arthur and his younger brother were raised by their father, a strict disciplinarian. As a young man, Ashe felt compelled to speak out against the intense racism of the country, and yet inhibited by his conservative family culture and other messages he had absorbed about how to comport himself in public.

“Being the same age as Emmett Till and experiencing [Till’s murder] as a 12, 13-year-old, in his DNA was firmly embedded, ‘Stay calm. Know your place, don’t make waves. Don’t be a rock thrower. Don’t burn the house down,’” Miller observed. “So, he had to take things one step at a time. And when he finally won the U.S. Open in ‘68 at age 25, that was his time. And as Andrew Young says in the film, Arthur knew he had to speak out, but he was going to let his racket do the talking. And after he won that, three days later, he was on Meet the Press, and then he was really shaping his public stance.”

Leading up to that point, Ashe had faced pressure from some activists to join other prominent athletes in the cause of civil rights. The sociologist and activist Harry Edwards, who appears in the film, recalls initially scorning Ashe as someone who wasn’t devoted to the cause. Even Pollard, director of the acclaimed 2020 film MLK/FBI, once viewed Ashe that way.

“I thought of him as, I wouldn’t say an Uncle Tom, but I thought someone who basically was deflecting the really intense issues that were going on in the very turbulent ‘60s,” Pollard noted. “I didn’t see him as a Muhammad Ali or Harry Edwards or Kareem Abdul-Jabbar, but from working on this film with Rex, I obviously was clearly mistaken. He had his own agenda. He had his own way of dealing with these very turbulent times.”

In the documentary, Edwards says he came to realize Ashe publicly articulated stances on racism and civil rights that were every bit as radical or even more so than other activists. He just did it in a quiet, non-confrontational style that allowed the message to penetrate without people being quite so focused on the messenger.

“Arthur… wasn’t going to be a motor mouth, as they would say Ali was. He wasn’t going to be throwing his fist up in the air like Tommie Smith and John Carlos. He was going to be different, but he still made a difference… African-Americans are not monolithic. We’re all complex. There are layers to who we are. And Arthur showed a different layer in terms of active resistance.”

A heart attack at age 36 forced Ashe to give up professional tennis. He underwent a couple of bypass surgeries and is believed to have contracted HIV through a blood transfusion. In 1992 he went public with his HIV status and went on to found the Arthur Ashe Foundation for the Defeat of Aids, as well as the Arthur Ashe Institute for Urban Health. He died of AIDS-related complications in 1993, at the age of 49.

The main stadium at the USTA Billie Jean King National Tennis Center in the borough of Queens, New York is named for Ashe, a tribute not only to his impact on the game, but his impact on American life.

Watch the conversation with directors Miller and Pollard in the video above. For The Love of Docs is sponsored by National Geographic.