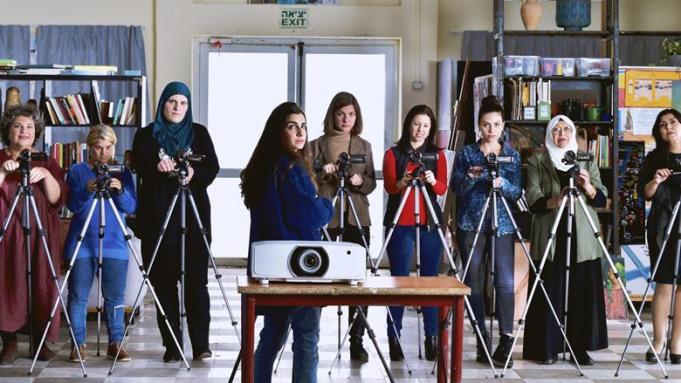 EXCLUSIVE: Here’s your first English-language clip for Israeli director Orit Fouks Rotem’s drama Cinema Sabaya which revolves around a video workshop attended by women from either side of the Middle East conflict.

Paris-based Memento International is handling world sales rights to the debut feature, which is getting its world premiere tomorrow at the Jerusalem Film Festival.

The film follows nine women, hailing from both Jewish-Israeli and Palestinian backgrounds, who join a workshop on how to document their lives, run by a young female film director. The raw footage presented by each member of the group challenges all their views and beliefs as they get to know one another better.

Pic is inspired by Rotem’s own experiences as a filmmaking teacher, working with groups of women in the towns of Acres and Givat Haviva.