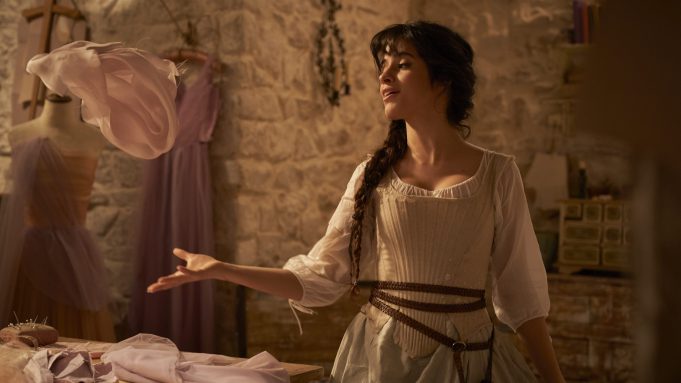 Amazon on Tuesday released the official trailer for Cinderella, the musical take on the fairy tale classic that stars Camila Cabello. The pic written and directed by Kay Cannon will hit the streamer on September 3.

The modern take on the story kicks off with Cabello’s Ella dreaming of her own dress business while trapped with her stepmother (Idina Menzel) and stepsisters. With the ball looming for Prince Robert (Nicholas Galitzine) to find a bride, Ella gets help from a Fabulous Godmother (Billy Porter) to get her there. (“Do you want to go to that ball, and meet a bunch of rich people who will change your life?” he asks her. “Yes,” she responds, “I was just crying and singing about it like two minutes ago.”)

Cannon, who wrote the three Pitch Perfect movies, infuses the pic with musical numbers (Janet Jackson’s “Rhythm Nation” gets a cameo in the trailer with the townsfolk doing the dancing). That shoe fits for Cabello, the former Fifth Harmony member who had a No. 1 album with her 2018 solo debut Camila. She has original music in the pic, which marks her feature film debut.

Minnie Driver, James Corden and Pierce Brosnan also star. Leo Pearlman, Corden, Jonathan Kadin and Shannon McIntosh are producers. Cinderella had been set up at Sony Pictures, but it licensed worldwide rights to Amazon in April amid the uncertainty at the time surrounding movie theaters during the pandemic.