Continue to Deadline SKIP AD
You will be redirected back to your article in seconds
Skip to main content
May 17, 2019 2:15pm
4Comments 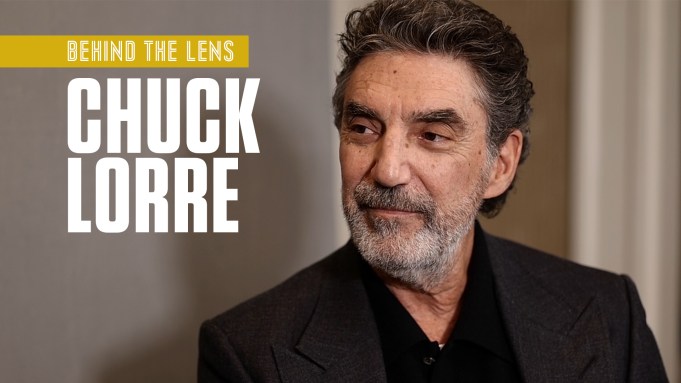 There can be no question Chuck Lorre now sits on top of television’s comedy mountain. No creator has had the winning streak Lorre has in the past three decades since first finding success as a showrunner and creator with Grace Under Fire. After that came more hits with Cybill, Dharma & Greg, Two And a Half Men, Mike & Molly and several currently on the air including Mom, Young Sheldon, and, of course, the 12-season run of CBS’ The Big Bang Theory which just ended with its series finale last night. That network just announced yet another new series from Lorre, Bob Hearts Abishola, which will join the schedule in the fall.

The emotional end of Big Bang was part of our discussion when we sat down in New York City for this week’s episode of my Deadline video series Behind the Lens. But what we really focused on is The Kominsky Method, which is streaming on Netflix and just wrapped shooting its second season to premiere in the fall. The debut season already brought Lorre his first Golden Globe for Best TV Series – Comedy, a spot on the prestigious AFI Awards list of the year’s top 10 shows of the year, and much Emmy buzz.

Remarkably, considering his track record, Lorre has yet to win an Emmy despite eight nominations for Big Bang Theory and Two And a Half Men. Kominsky could change all that, and it is a show Lorre told me has made him work in a very different way, calling it liberating and “flying by the seat of my pants.” He went back to his roots in writing and directing the series, working the Netflix “method” — one that he likes — including moving from his standard four-camera live-audience shooting format to a single-camera show for the first time.

We also talk about why he wanted to make a streaming series, this one starring Michael Douglas and Alan Arkin, that is about aging, health problems and the older “demo” (although it is clearly also being discovered by younger audiences, too). He purposely made Douglas’ character Sandy the acting coach for a class of young students to show the generational divide that exists today, and he wrings a lot of laughs and truths from it as well as the show, which expertly veers from comedy to drama on a dime.

Lorre, who started out as a musician and songwriter (one of those Emmy noms came for the Two And a Half Men theme), also tells me what the experience was like working as a writer on Roseanne in the early 1990s, one of his first big breaks in the TV sitcom world.

Check out our conversation in the video above. To see past episodes of Behind the Lens, click here.