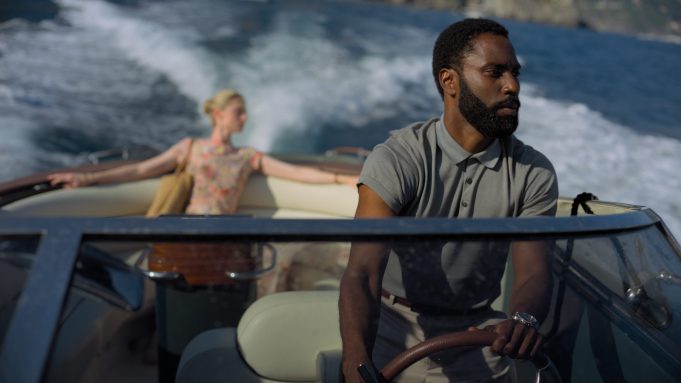 UPDATED: Christopher Nolan’s eagerly awaited film Tenet dropped its second trailer today on Fortnite, but it failed to list an opening date at the end, reading “coming to theaters”.
Essentially that July 17 is in doubt because New York and Los Angeles theaters aren’t open yet — and this is Hollywood’s worst nightmare not knowing. As of this minute, Warner Bros. hasn’t officially changed Tenet‘s July 17 release date, but don’t be surprised if they move it by a week or two in the near future.
Tenet is an action epic evolving from the world of international espionage. Nolan wrote and directed the film, which was shot across seven countries. The plot is complex, and apparently involves the ability to bend time. But so far, everyone involved insists time traveling is not part of its story.
The international cast is led by John David Washington and includes Robert Pattinson, Elizabeth Debicki, Dimple Kapadia, Aaron Taylor-Johnson, Clémence Poésy, with Michael Caine and Kenneth Branagh.
Earlier, we told you that we heard solid sources hear that Warner Bros needs at least 80% of the world’s theaters to be open on July 17, including New York, Los Angeles, and San Francisco (which rep 25% of a pic’s opening weekend), in order to recoup on their $200M investment.
Tenet is being produced by Emma Thomas and Christopher Nolan. Thomas Hayslip served as executive producer.