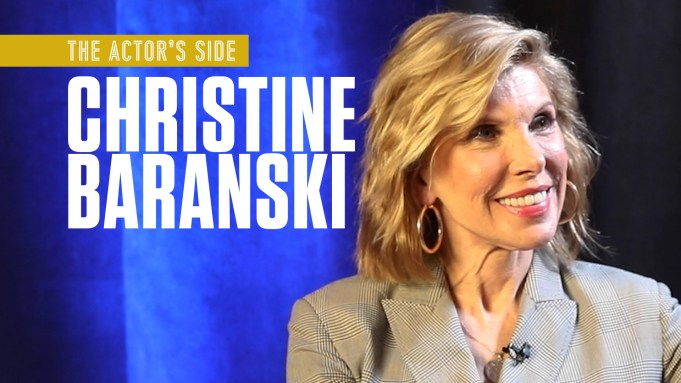 Christine Baranski started her acting career in earnest as a student at the famed Julliard in New York City in 1970, a member of only the third class at that fabled haven for young thespians. She has been going ever since, a winner of two Tonys for her work on Broadway and 15 Emmy nominations — including a win first time out for Supporting Actress in a Comedy Series for her work on Cybill. Those other nominations included four for her recurring role as Dr. Beverly Hofstadter in The Big Bang Theory, and most notably six times for her supporting role on The Good Wife as Diane Lockhart.

Now she is in her 10th season of playing that character, but instead of supporting Julianna Margulies, for the past few seasons she is the lead herself in the CBS All Access series The Good Fight, which finds her dealing with all sorts of issues at the same law firm but with the focus turned to her character in a much bigger way. CBS has just announced that it will put the first season of The Good Fight on the broadcast network beginning this month, and that should only help to build the audience for this gem of a series that isn’t afraid to dive straight into the cesspool of our current political situation, taking aim at President Trump and others directly in ways that you don’t necessarily find in prim time TV dramas.

But there is so much more to this topical and riveting series than that, and Baranski discussed it all, as well as her long career, when she taped this week’s episode of my Deadline video series The Actor’s Side. Ironically, I asked if the series could ever be on the CBS network rather than its streaming counterpart — before knowing of plans to air the first season this summer — and her answer was that it likely couldn’t happen. Well it has, and if you haven’t seen the show yet this will be a good place to catch up. Baranski is getting Emmy buzz for the show and there is a very good reason why.

To listen to our conversation click on the video above. For past episodes of The Actor’s Side, click here.