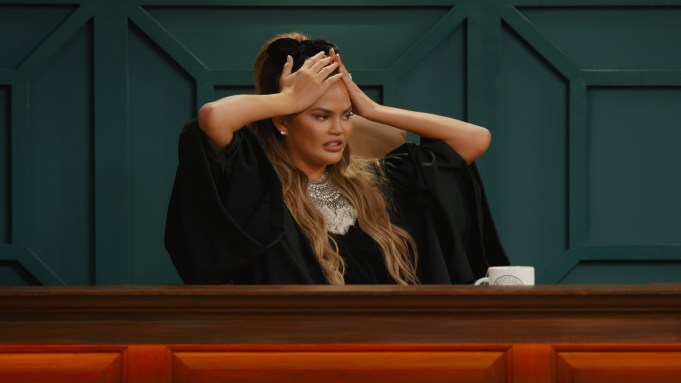 Hear ye, hear ye — Chrissy’s Court is now in session. The Honorable Chrissy Teigen is presiding. Oyez, you read that right. Here is our first look at Quibi’s upcoming shortform series where Her Honor will adjudicate the Internet’s disputes.

Cameras indeed are allowed in this particular courtroom, so watch the trailer above.

Here’s the logline for Chrissy’s Court: In each episode, Teigen reigns supreme as the “judge” over one small-claims case. Her mom-turned-“bailiff,” Pepper Thai, maintains order in the courtroom. Real people. Real cases. And real, legally binding decisions. If you thought Chrissy Teigen couldn’t become an actual courtroom judge, you’ve been overruled.

Judge Teigen has deputized Twitter as a sort of digital docket. Here are a few of those cases that could spark fistfights among legal scholars for decades to come: