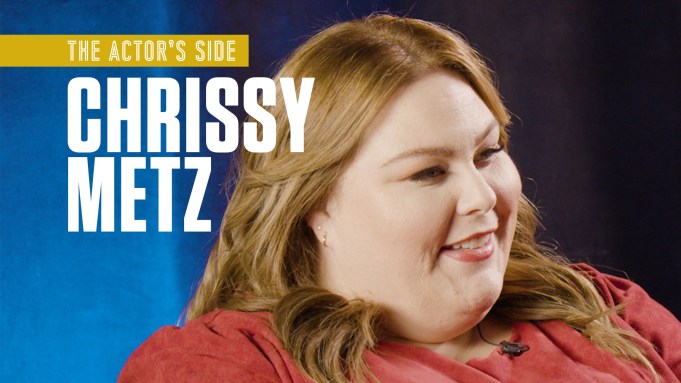 Welcome to a new season of The Actor’s Side, my Deadline video series exploring the careers of some of the year’s brightest Emmy Awards contenders. We are kicking it off with This Is Us co-star Chrissy Metz, who went from having 81 cents in her bank account to a role as Kate Pearson on NBC’s hit series that has so far netted her two SAG Awards, two Golden Globe nominations, and an Emmy nom.

It has been quite a whirlwind for the former agent, who was just about to give up on her own dream of being an actor when she hit paydirt in getting the role of her career to date. She talks about all this in our conversation, which was taped at our PMC studios shortly before the world went into lockdown. (I have been busy taping a number of future The Actor’s Side episodes virtually since then, as well as new editions of our Behind the Lens series. Those begin running next week.)

Metz talks about the challenges of doing This Is Us, the rare broadcast network series that is still in the awards game, and the storyline this season that sees the birth of Kate’s baby, one with disabilities, that further allows the star to educate the audience not only about that but being a plus-sized actress. She discusses how her real-life connections with food addiction are also being weaved into her own arc on the series, another rarity to see in a weekly entertainment show like this. Metz, who appeared in FX’s American Horror Story as well, talks about her feelings working opposite Jessica Lange and how she had to convince herself that the two-time Oscar winner puts on her pants just like everyone else — it was a lesson she has used in all her work since.

We also discuss her musical ambition and recent appearance on the Oscars singing the nominated song from Breakthrough, the faith-based feature film in which she also starred.

For all of this and more check out the video above.