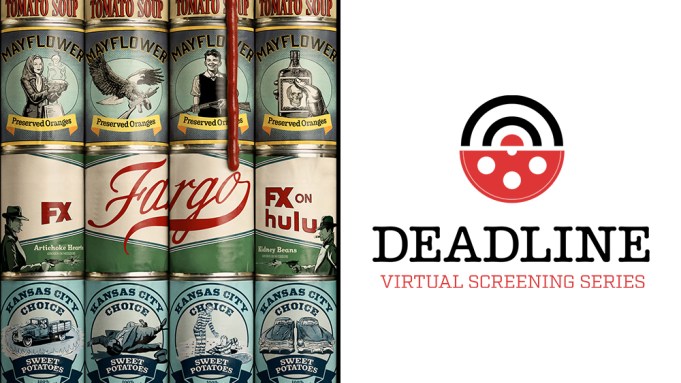 “I see this show and I see this season, this is an act of patriotism that we’re involved with” says Fargo creator Noah Hawley of the 1950s Kansas City-set fourth installment of the FX series.

“To tell a story that looks at America and looks at the reality of America, there is no more patriotic act than to be honest about the country that you live in, and to celebrate its greatness even as you’re saying you’re not so great sometimes,” he adds.

Speaking during the panel for our Deadline Virtual Screening of the Season 4 opener of the show based on the Coen brother’s Oscar winning 1996 film, Hawley was joined by cast members Chris Rock, Jason Schwartzman and E’myri Crutchfield, as well as EP Warren Littlefield.

As you can see in the video above, a portion of our conversation dealt with how the actors prepared for their roles in drama. A season where both Rock and Schwartzman played crime family bosses playing for some very high stakes in a nation that wanted to keep them down.

“So, I always looked at it as if I was playing my grandfather, that’s the way I looked at it,” New Jack City alum Rock revealed. “My grandfather was a reverend, and he kind of had a little trucking thing on the side, and my grandfather also killed a man, basically because he thought he was sleeping with my grandmother,” he said.

“So, I’ve had that thing around me my whole life,” Rock stated. “Like Jason said, looking at pictures of my grandfather and stuff …I just lucked up that I finally aged into it, into a good part.”

Good part may be an understatement and lucked up certainly is.

As I said in my September 25, 2020 review of Season 4 of Fargo: Rock is “wicked good” as haunted crime lord Loy Cannon. In fact, delayed by Covid-19, the September 27 premiering fourth season of Fargo itself was very good, and went in places the show had not been before, literally and figuratively.

You can check out Fargo’s fourth season, and every season, on Hulu – and click on the video above to get some insight from the roots of the show themselves.