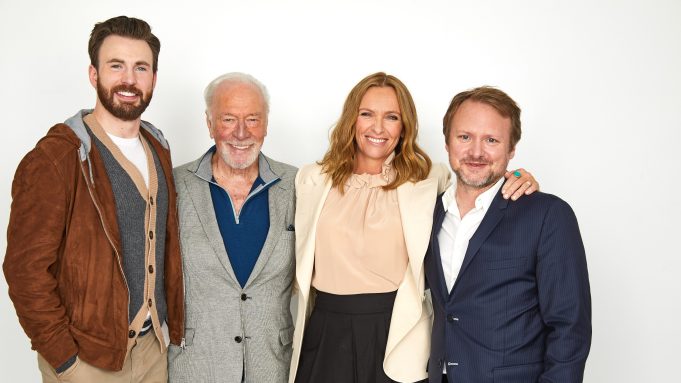 A veritable army of cast joined writer/director Rian Johnson in Deadline’s TIFF studio this week in support of the uproarious Knives Out, which got its world premiere at the festival. A modern twist on the classic whodunit, the film stars Daniel Craig, Ana de Armas, Chris Evans, Don Johnson, Christopher Plummer, Jamie Lee Curtis, Toni Collette and more. And while the cast were understandably tight-lipped on the identity of the murderer of Plummer’s character, they each embraced the mystery at the core of the ensemble.

“It was all in the writing,” Collette said. “In reading it, it just kept opening up and changing, and it was so swift, and so smooth, and so surprising. It’s all in the script.”

Said Evans: “Film is really a collaboration of a lot of really creative people. You’re all trying to make the same dish, and you don’t always have the right ingredients, and it doesn’t always taste good. This movie, it just felt right from the jump, from the second we all got together.”

It’s Johnson’s first movie since Star Wars: The Last Jedi, and it emerged from his love of classic authors like Agatha Christie, he said. “The best authors, like Agatha Christie and Dorothy Sayers and the people that did it really well, make the plotting look kind of effortless,” Johnson noted. “And that’s kind of the tricky thing, especially when you have folks like this in front of the camera—to make all the machinations of the plot seem like they’re well-oiled and moving smoothly, so you’re really drawn through the characters.”

For more from the cast and director of Knives Out, watch our video above.