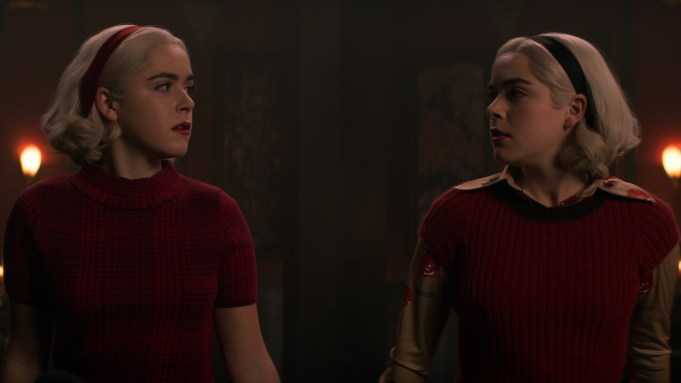 Trafficking in horror, the occult and, of course, witchcraft, the dark coming-of-age series follows Sabrina (Shipka) as she must decide between witch or mortal, while standing against the evil forces that threaten her, her family and the human world.

During the eight-episode run for Part 4, the Eldritch Terrors will descend upon Greendale. The coven must fight each terrifying threat one-by-one — the Weird, the Returned and the Darkness, to name a few — all leading up to the Void, which is the End of All Things. As the witches wage war, with the help of the Fright Club, Nick (Gavin Leatherwood) begins to slowly earn his way back into Sabrina’s heart, but will it be too late?

Take a look at the trailer above, and tell us what you think.