Continue to Deadline SKIP AD
You will be redirected back to your article in seconds
Skip to main content
July 29, 2020 11:13am 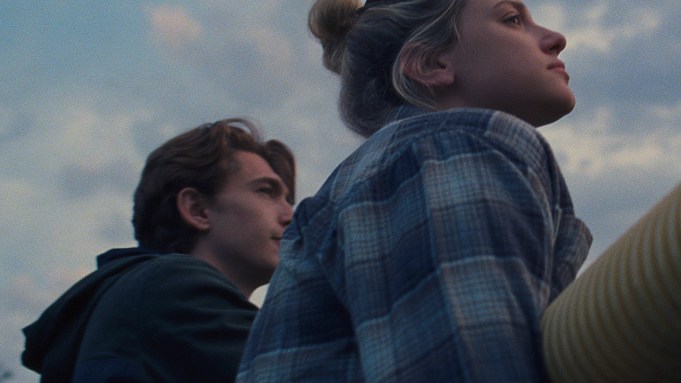 Amazon Studios is giving a first look at Chemical Hearts, the coming-of-age drama executive produced and starring Riverdale‘s Lili Reinhart. Based on the book by Krystal Sutherland, the film hits Amazon Prime Video on August 21.

Reinhart plays Grace Town, a high school transfer student still recuperating, physically and emotionally, from a car crash that she doesn’t talk about. She meets classmate Henry Page (Austin Abrams), and, as the Amazon description says, Henry soon “learns the heartbreaking secret that has changed her life” and “finds himself falling in love with her — or at least the person he thinks she is.”