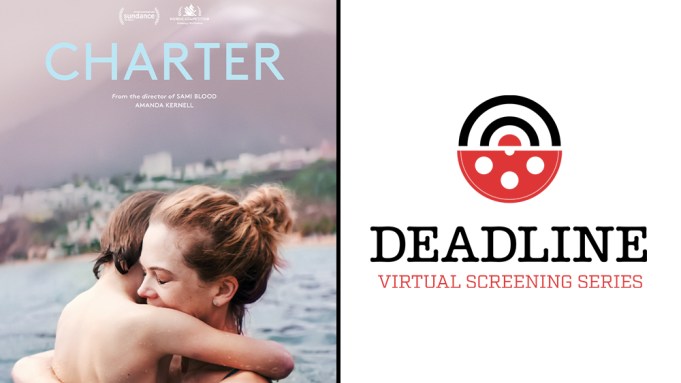 In Charter, writer-director Amanda Kernell chronicles a divorce between Alice (Ane Dahl Torp) and her husband but it’s not as cut and dry as you might think — especially with kids involved. As Sweden’s official Oscar submission for International Feature, it unpacks the complexities of divorce with thoughtfulness and nuance.

In the film, Alice is still waiting to hear the custody verdict when it comes to her two children. She hasn’t seen them in months and after getting a call from her crying son in the middle of the night, she immediately goes to be with him — but she is denied because of the custody battle. She becomes desperate and abducts him and her daughter to take a charter trip to the Canary Islands where her relationship with her children begin to unravel in unexpected ways which further complicates the divorce.

She added, “I think I make films about my greatest fears, and one of them, for sure, is you can risk losing your children… and how far you would go fighting for them.” The film definitely tests these boundaries as Kernell explores the difference of something that is “crazy” to keep your children versus when it is something that you must do.

For Dahl Torp, she was surprised that Kernell chose her to play Alice because she felt that the filmmaker would want someone more vulnerable than her. However, Dahl Torp fit the character because of her ambiguity. “You don’t know if you’re on her side or not,” said Dahl Torp.

She added, that Charter was a more complex film than she thought it would be because of how ambiguous Alice was with her intentions. Dahl Torp said that throughout the film, the audience can be confused, interested and even irritated about Alice’s actions. The story doesn’t tell you how to relate to Alice which took the pressure of the actress because all she had to do was let the audience decide.

“It’s not really up to me to judge her,” said Dahl Torp. “I can agree or disagree which is fine — but this is who she is.

Watch the full Q&A above.