Continue to Deadline SKIP AD
You will be redirected back to your article in seconds
Skip to main content
January 30, 2020 1:00pm
1Comments 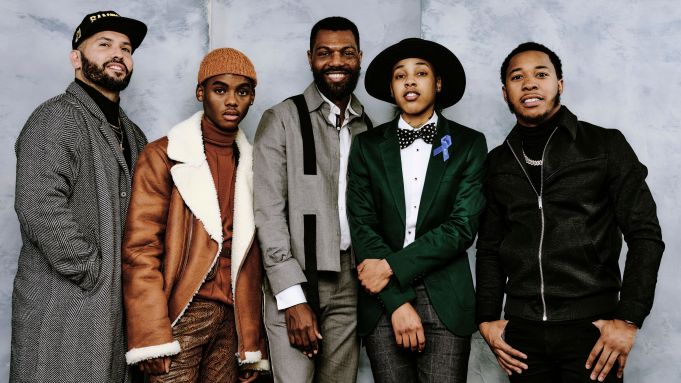 When Puerto Rican filmmaker Angel Manuel Soto was first introduced to the script for Charm City Kings, a story based on the Lotfy Nathan’s 12 O’Clock Boy documentary about urban dirt-bike riders in Baltimore, it immediately resonated with him

“I was able to find a connecting point between Puerto Rico and how I grew up and Baltimore and the journey of this kid. I couldn’t find a big difference apart from Baltimore is in the United States and Puerto Rico is a small island in the Caribbean,” said Soto during his stop at Deadline’s Sundance studio.

Written by Sherman Payne, based on a story by Barry Jenkins, Chris Boyd, and Kirk Sullivan, the film centers on Mouse (Winston), a young boy who wants nothing more than to be a part of the Midnight Clique, a tough group of Baltimore bike riders who rule the summertime streets. As he navigates the challenges of coming of age in a complicated world, he learns the hard way that the choices you make early on can change your life forever.

“I was able to identify the fact after visiting and spending time with people in Baltimore and shooting the film that there is a Baltimore in every state and Puerto Rico is a small Baltimore in the middle of the ocean,” said Soto.

“The whole experience of a young boy growing up and finding his way, I feel like it’s the same narrative over and over. In all these different places, disenfranchised communities and marginalized people feel they experienced the same impact of being forgotten by a greater power that has abused them. To that point, I definitely felt a connection to the story. If I could tell something that speaks about my upbringing and at the same time, shine a light on the wonderful people of Baltimore, why not?”