‘LOTR: The Rings Of Power’ Aftershow ‘Inside The Ring’: Episode 5 – A King Emerges, Númenór Prepares For War, & Divisions Prove Fiery
Read the full story
May 3, 2019 8:02am 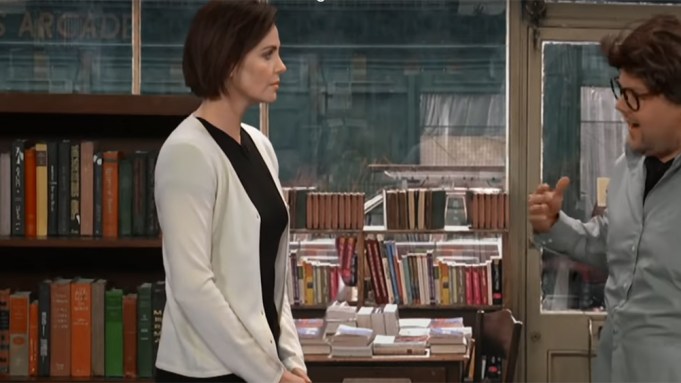 It kicked off with a dial-up connection for You’ve Got Mail before segueing into Maid in Manhattan, (“Oh I’m sorry I almost sat on your face”), followed by Rogen’s take on Tom Cruise in Jerry Maguire. They continued with Notting Hill, Four Weddings and a Funeral, Bridget Jones’ Diary, Sleepless in Seattle, When Harry Met Sally (the orgasm scene was perfection), As Good as It Gets, There’s Something About Mary, Knocked Up, Never Been Kissed, Love Simon, Pretty Woman, My Best Friend’s Wedding, Some Like It Hot, Something’s Gotta Give, Roxanne, Father of the Bride and Love Actually.

Corden took on the Hugh Grant roles, a stuttering Grant in Notting Hill, and stayed with the character in Four Weddings and a Funeral, and Bridget Jones’s Diary. “He’s done a lot of these!” Corden told Rogen when he asked Corden if he was still playing Grant. One of Corden’s best was Martin Short’s Franck from Father of the Bride.

Another highlight – Rogen, Corden and Theron performing a gospel-inspired version of “All You Need Is Love”, while acting out the wedding scene from Love Actually.

Check out the full clip above.