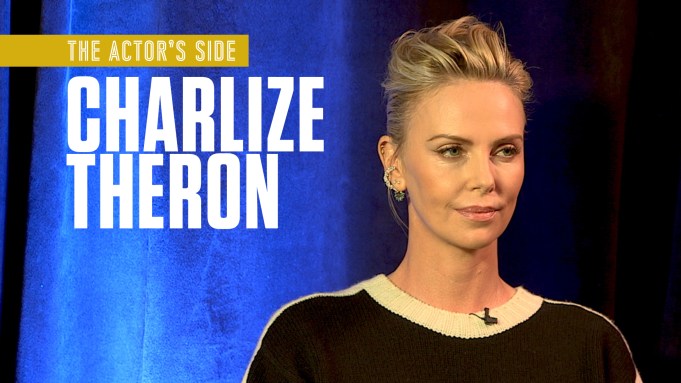 Charlize Theron, winner of an Oscar for 2003’s Monster, continues to sit atop Hollywood’s actress A-list no doubt in part because of her intriguing and varied choice of roles over the years, shifting from kick-ass action to moving character studies, comedy to drama, and everything in between.

She is back in the awards conversation this year as a pregnant single mom in director Jason Reitman’s Tully, a film we talk about when she visited our Deadline studios for my video series The Actor’s Side. We discuss the physical toll doing this role in the May release from Focus Features, including throwing out her back and getting a herniated disc among other ailments related to carrying 90 pounds of extra weight — she tells me she never felt more unhealthy and would just collapse every night on the couch after filming.

Theron discloses that indie movie was actually tougher physically than big behemoth action roles in Mad Max: Fury Road and Atomic Blonde, and she explains the process that went into both those movies and how she approaches her roles and creating characters for the screen. She also says she would also do anything for Reitman because she feels so comfortable working with him, as she did previously in Young Adult which, like Tully, was also written by Diablo Cody.

Theron and I also revisit the 2005 movie North Country which won her a second Best Actress Oscar nomination in the story of the first major successful class action sexual harassment lawsuit (brought by a group of female miners, led by her character). She talks about how that film has become more timely that ever in the age of the #MeToo movement and her hopes going forward. She is currently visiting the issue again, playing Megyn Kelly in Jay Roach’s Roger Ailes film.

Check out our conversation above. For past episodes, click here.