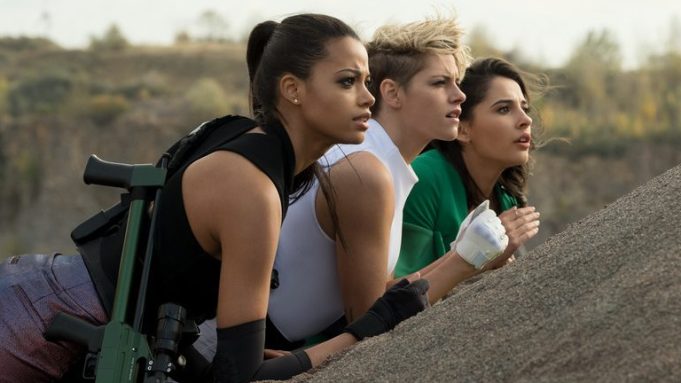 Elizabeth Banks’ vision for the new Charlie’s Angels doesn’t hit screens until Nov. 15, but this fast-paced trailer provides a pretty good look at what to expect. They’re gonna need some wigs, some toys, clothes – certainly another closet – not to mention little mints that under the right circumstances might just explode. But what the trailer does best is prepare us for the idea of multiple Bosleys – Banks herself plays one, announcing herself in the trailer  and we can expect Patrick Stewart, Sam Claflin and Djimon Hounsou to take on the iconic role as guiders of the various angel packs.

Banks directs from her own screenplay, with story by Evan Spiliotopoulos and David Auburn. This time around, the Angels are played by Kristen Stewart, Naomi Scott, and Ella Balinska, all working for the mysterious Charles Townsend whose security and investigative agency has expanded internationally. In the studio’s log line: With the world’s smartest, bravest, and most highly trained women all over the globe, there are now teams of Angels guided by multiple Bosleys taking on the toughest jobs everywhere.

Sony released Charlie’s Angels to theaters on Nov. 15. Check out the trailer above.