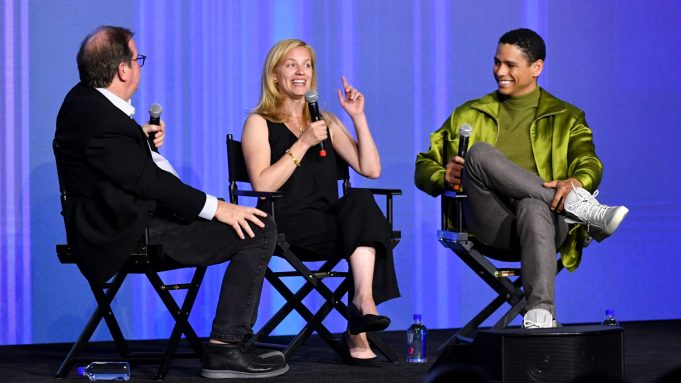 Charlie Barnett dies a lot in the new Netflix comedy series Russian Doll, and that isn’t a comment on his performance — just on his character Alan, who is on a death spiral and lives in a time loop as the show’s writers find inventive ways to kill him off.

It is unique to be sure as you might expect from a series created by the likes of star-writer Natasha Lyonne, Amy Poehler and Leslye Headland. But Barnett — who made his first splash out of Julliard in NBC’s Chicago Fire and can also be seen opposite Laura Linney in another upcoming Netflix show, Tales of the City — relishes the opportunity to bring a human edge to the suicidal Alan, and he hangs on by a thread.  It is a trick gray line for comedy, but they all make it work.

Barnett joined me onstage at Netflix’s recent Scene Stealers panel at Raleigh Studios in Hollywood to talk about Russian Doll and acting in general, along with the person who helped get him the job, casting director Christine Kromer. Together they had some eye-opening advice for a lot of the acting hopefuls in the audience.