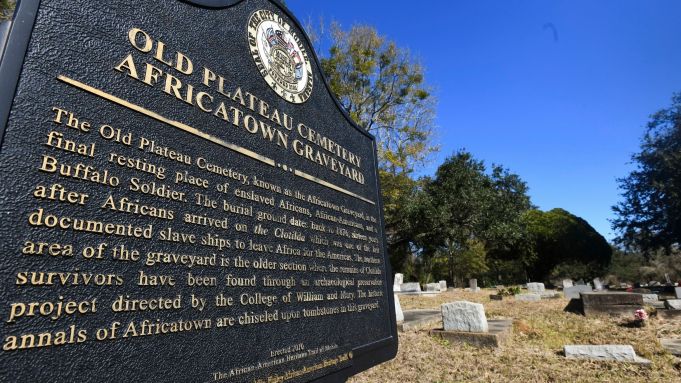 The Basketball Hall of Famer’s Round Mound Media has partnered with director Sheldon Candis, who directed 2012 Sundance feature Luv and ESPN’s 30 for 30 doc Baltimore Boys, and Jesse Dylan’s Wondros on Dreams.

The four films, which are hosted by five accomplished high school students from Barkley’s native Alabama, tells the stories of black heroes and black histories that aren’t told in schools.

The first film, which you can watch above, centers on Africatown, an inspiring true story of a man named Cudjo Lewis, the last survivor of the last recorded slave ship to the United States; aboard the Clotilda, which arrived in Mobile, Alabama on Sunday July 8, 1860, illegally and under the cover of night, 52 years after the country had abolished the international slave trade. Lewis helped found this settlement and a safe haven people would call Africatown with other formerly enslaved companions from the Clotilda.

The series is produced by Barkley, Candis, Dylan, Priscilla Cohen, Marc Perman, and Natsu Furuichi and is part of the online educational curriculum platform EverFi.

Barkley, who is an analyst on TNT’s Inside The NBA and hosted American Race on the network, tells Deadline why he got on board this project.

“This project came out of my desire to move this country forward, guided by an understanding where we came from. That’s why we set out to uncover the buried history of black heroes in Alabama, from slavery through the civil rights era,” he said.

“The shockwaves of protests in response to the killing of George Floyd have shown us all a country in mourning. And it strengthened my resolve that we must reckon with America’s past if we want to create a more equitable future,” he added.

“These kids have a unique perspective giving access to this vital history in an entirely new light,” he said. “Now we’re building out our series, delving deeper into our nation’s past, and its effects on the present. With four moving, enlightening episodes and a creative team laying the groundwork for more, we are excited to find a partner who can help us bring Dreams to the world.”

Candis (right), who is a former NAACP Youth Council President, added that the killing of George Floyd by Minneapolis Police has led to a “long-overdue reckoning of the systemic racism that pervades almost every part of American life”.

“One of my greatest aspirations as a filmmaker, is to move us ahead as a nation, to galvanize our collective culture. We are within a great moment to awaken our national identity and move the country forward into a space of acknowledgement of African American history as American history. It’s my dream to see this history shared with the generations to come beyond just the month of February.”

“Being a child from Baltimore, and later raised in North Carolina, I was taught the narrative of Fredrick Douglass and his great American fight for freedom and his life’s work as an abolitionist agitating the national consciousness for the liberation of the enslaved of America,” he added. “If we want a better, more equitable system, we must first learn where it came from, who it benefits, and how it’s been fought before. The only way to keep history from repeating itself is to learn from it.”