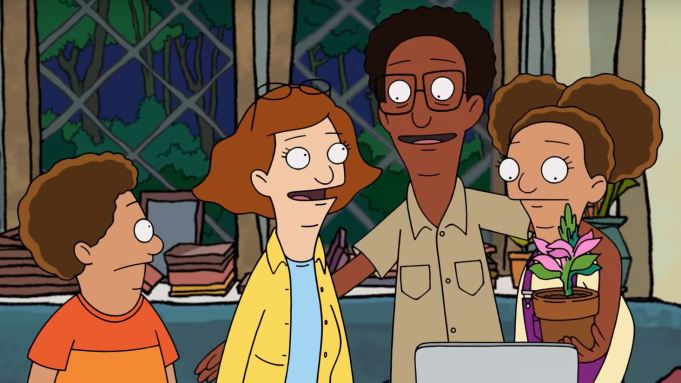 The inaugural trailer for the Apple TV+ toon Central Park kicks off with a musical salute to the Manhattan landmark, but things soon turn sinister: One wealthy Manhattanite has plans for that “patch of dirt and weeds.”

Said curmudgeon is Betsy (Stanley Tucci), who wears a dog in a baby carrier on her chest and schemes to buy Central Park to “do the biggest real estate deal in the history of the world.” (Cue maniacal evil laughter.) The series tells the story of a how a family of caretakers who live and work in the park end up saving it — and basically the world. Watch the trailer above.

Bouchard and Gad executive produce alongside Brillstein Entertainment Partners, with Smith serving as consulting producer. Kevin Larsen, who played a key role in getting the project together, is a producer.

AppleTV+ landed the series a year ago this week after a heated bidding war among three major streamers.  It gave Central Park a two-season, 26-episode, straight-to-series order.