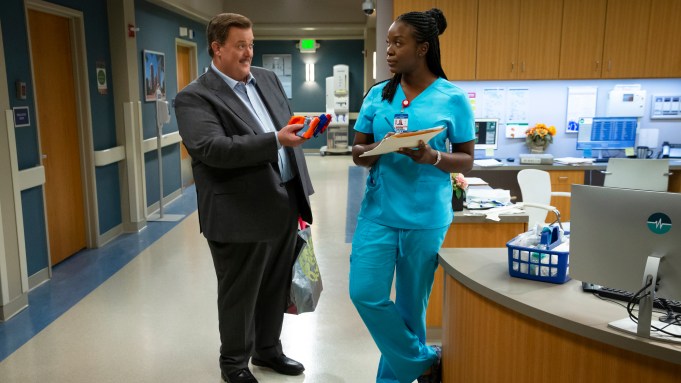 CBS has released some of the first trailers for its new comedies and dramas as part of its series orders for the 2019-20 season. You can watch Bob Hearts Abishola above and the rest below. We’ll update as more come in.

A widower is eager to move on from the most difficult year of his life, only to realize he’s utterly unprepared to raise his two daughters on his own and equally unprepared for the dating world — where, to his shock, he’s suddenly a hot commodity. Cast includes Walton Goggins, Rob Corddry, Michaela Watkins, Omar Benson Miller, Maya Lynne Robinson. Produced by CBS Television Studios. From writers-executive producers Bill Martin and Mike Schiff, executive producers Aaron Kaplan, Dana Honor, Wendi Trilling, Peyton Reed and director-executive producer John Hamburg.