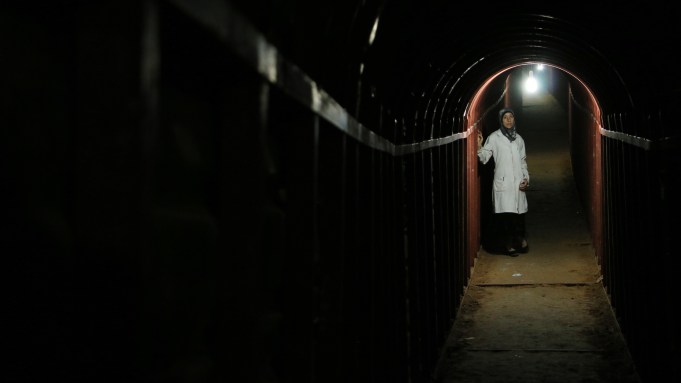 EXCLUSIVE: Here’s a moving first trailer for National Geographic doc The Cave, which unveils the harrowing true story of an underground hospital in war-torn Syria and the inspirational female doctor running it.

Directed by Ferras Fayyad, who was Oscar-nominated for his 2018 film Last Men In Aleppo, the movie will open the Toronto Film Festival’s documentary strand and will be released stateside in October.

The Cave follows Dr. Amani, a young, aspiring pediatrician in Syria who is forced to end her studies to run the medical team at a secret underground hospital in the besieged city of Al Ghouta leading a team of mostly women working with meager resources. Due to the nonstop onslaught of conventional and chemical warfare, brutalized and displaced victims flood the subterranean haven through secret entrances and an intricate network of tunnels. Despite the limited supply of medicine and equipment, Dr. Amani and her team work tirelessly to restore health and hope.