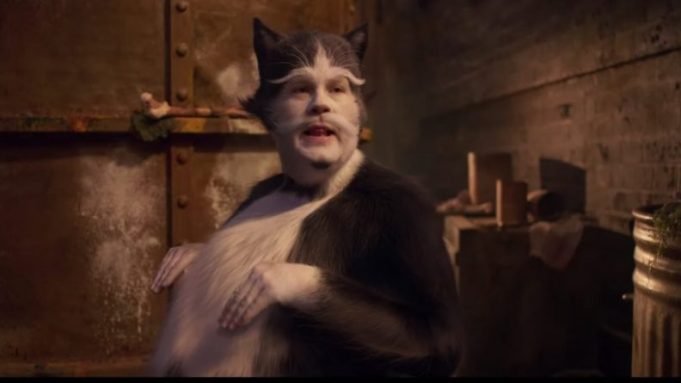 Still wondering what Taylor Swift, Idris Elba, James Corden and Judi Dench look like as felines? The new trailer for Cats has your name on it.

The new trailer gives better looks at the transformations than the one released last summer, with each performer clearly identified. In addition to Swift, Elba, Corden and Dench, the trailer spotlights Jason Derulo, Jennifer Hudson, Ian McKellen, Rebel Wilson and film newcomer Francesca Hayward of the Royal Ballet.

A Universal Pictures presentation of a Working Title Films and Amblin Entertainment production, in association with Monumental Pictures and The Really Useful Group, Cats is produced by Debra Hayward, Tim Bevan, Eric Fellner and Tom Hooper. The screenplay is by Lee Hall and Hooper, based on Old Possum’s Book of Practical Cats by T.S. Eliot and the stage musical by Lloyd Webber. Cats is executive produced by Lloyd Webber, Steven Spielberg, Angela Morrison and Jo Burn.

Universal releases Cats to theaters Dec. 20. Check out the new trailer above.