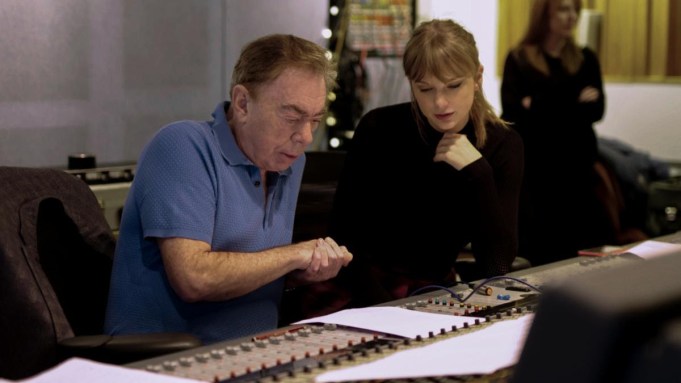 The Universal Pictures film Cats will have a new song collaboration by Taylor Swift and Andrew Lloyd Webber.

The song, Beautiful Ghosts, will be performed by Francesca Hayward in the film, with Swift reprising it in her own version for the end credits.

In the film, the song is performed by Hayward, who stars in the role of Victoria. The version of the song performed by Swift, who plays Bombalurina in the film, will play over the end titles.

Universal also released a behind-the-scenes video documenting the creation and recording of the song and including an interview with Swift, Lloyd Webber and Hooper.

The stage musical Cats includes some of Lloyd Webber’s most famous songs, including Memory.

Lloyd Webber decided to create a new signature song for Victoria, whose character has been expanded for the film. “When I first read the screenplay, the first thing I said was, ‘We have to have a song for Victoria,’” Lloyd Webber said., calling Beautiful Ghosts “an incredibly important and central part of the whole film.”