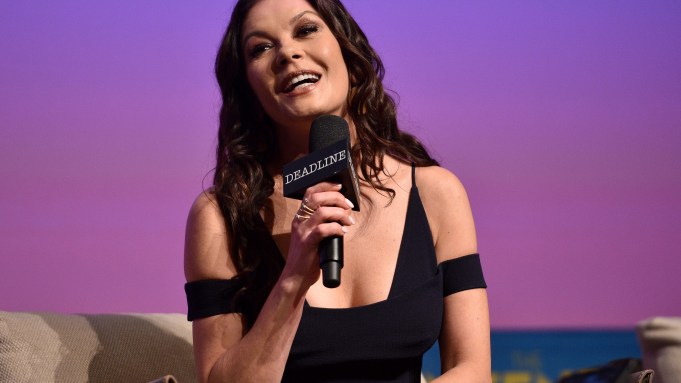 When talking to Deadline’s Pete Hammond at our annual The Contenders Emmys event, Catherine Zeta-Jones made it clear that she loved — nay, “relished” — playing drug queenpin Griselda Blanco in Lifetime’s Cocaine Godmother. Not because she enjoyed playing a drug lord, but because of the layered character

“This character is the polar opposite of what I believe in morally and how I would want to live one’s life,” said the Oscar-winning actress during Lifetime’s panel session. “There’s something fascinating about her when you think of her as a woman in that workplace.”

Blanco was one of the original “Cocaine Cowboys” who pioneered the drug trade between Colombia and the U.S. in the 1970s and ’80s. It was known that Blanco wasn’t the nicest person — Zeta-Jones says she had “no redeemable qualities.” Despite that, she admits she admired Blanco’s tenacity as a woman for holding her own in the notorious drug world dominated by men.