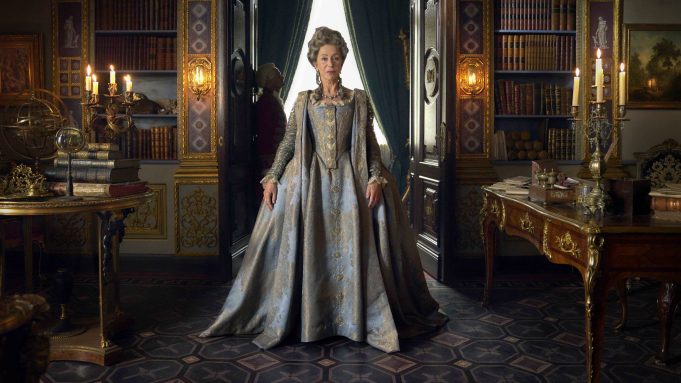 HBO has released the first trailer for Catherine the Great, the upcoming four-part limited series that stars Oscar winner Helen Mirren as the monarch and politician who ruled the Russian empire and transformed its place in the world in the 18th century.

The Sky Original drama made in conjunction with HBO — the two previously partnered on Chernobyl and Gangs of London — charts the latter years of Catherine’s 34-year reign, as she builds Russia’s reputation as one of the great powers of Europe. Penned by HBO’s Elizabeth I scribe Nigel Williams, it also stars Jason Clarke, Joseph Quinn, Gina McKee, Rory Kinnear, Richard Roxburgh, Kevin McNally and Sam Palladio.

A fall premiere date is in the works on HBO; it will air on Sky Atlantic in the UK in the autumn.

Mirren had approached her Woman in Gold producer Origin Pictures with the idea to play Catherine. She is no stranger to monarchs, of course, having won the the Best Actress Oscar for playing Queen Elizabeth II in The Queen and also playing Elizabeth I for HBO, winning an Emmy and a Golden Globe.