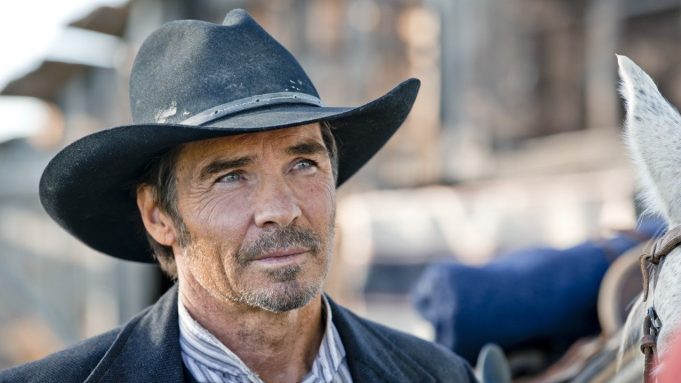 EXCLUSIVE: Deadline has your first look at Catch the Bullet, a Western dedicated to the memory of the late actor Jay Pickett, which Grindstone will release in select theaters, on digital and VOD September 10.

The film from director Michael Feifer centers on Britt MacMasters (Pickett), a U.S. marshal who returns from a mission to find his father (Tom Skerritt) wounded and his son, Chad (Mason McNulty), kidnapped by the outlaw Jed Blake (Gattlin Griffith). Hot on their trail, Britt forms a posse with a gunslinging deputy and a stoic Pawnee tracker. But Jed and Britt tread dangerously close to the Red Desert’s Sioux territory, which poses a menace far greater than either can imagine.

Pickett died July 30 of unknown causes while shooting the film Treasure Valley in Idaho. He was 60. Feifer remembers him as a dedicated actor and family man.

“Jay was not just an actor in many of my films, he was a great friend and valued collaborator,” the director said in a statement to Deadline. “Even more, he was a true gentleman on set and always made all of the crew and cast feel special with his kind hearted and humble way. We’ve all been overwhelmed by the incredible outpouring of love and support since his unexpected passing. Jay told me just a week before he passed that he felt that his part as Britt McMasters was his best performance yet … and I wholeheartedly agree. I so look forward to sharing our movie with audiences and, especially, his fans.”

Check out the trailer for Catch the Bullet above.