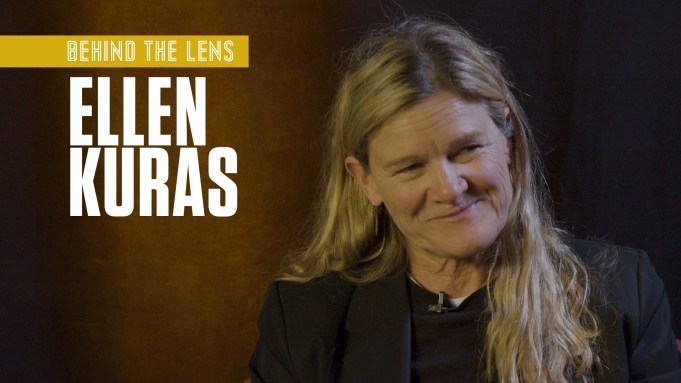 Ellen Kuras broke the glass ceiling as one of the first female cinematographers ever admitted into the American Society of Cinematographers. She is continuing to break into the top ranks of directors this season alone, helming segments of Ozark, The Umbrella Academy and joining George Clooney and Grant Heslov as one of the three directors (as well as being a producer) of Hulu’s new limited series Catch-22.

The past Emmy nominee (as well as an Oscar-nominated director of the 2008 documentary short Betrayal), is the subject of the latest interview for my Deadline video series Behind the Lens. In it we talk about how Clooney thought it was important to bring a female perspective to Catch-22, a new version of Joseph Heller’s World War II novel that was previously filmed in 1970 by Mike Nichols. The book was famous for basically treating women as also-rans, but Kuras feels this version rectifies that to some degree, and she praises the handling of the female characters. She also talks about why now this story is more relevant that ever, especially in what it says about having the wrong people in power, and thinks it is the perfect metaphor for the current administration in Washington, D.C.

Kuras also discusses why it was right that Clooney took on a smaller supporting role in the six-part series — one that he relishes. We also talk about her early career as one of the rare female cinematographers — in fact only the fifth woman admitted into the ASC — and why things are changing now in a good way.

Check out our conversation in the video above, and see past episodes of Behind the Lens click here.