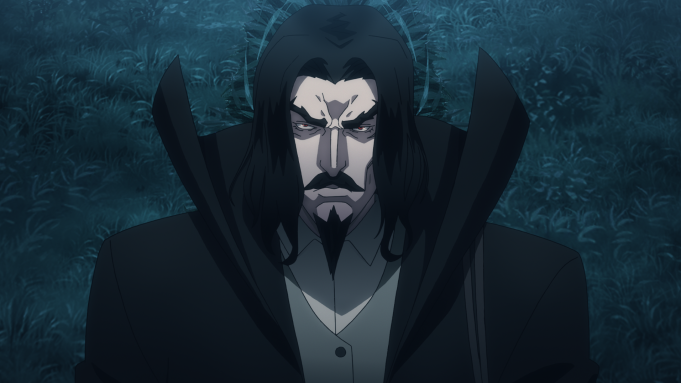 Netflix has released the first trailer for the final season of Castlevania, which debuts May 13.

Created by Warren Ellis, the adult animated series centers on monster hunter Trevor Belmont (Richard Armitage), who makes it his mission to save the besieged region of Wallachia from an army of supernatural creatures controlled by Count Dracula (Graham McTavish). In Castlevania‘s fourth season, the nation of Wallachia collapses into chaos, with factions clashing. Some attempt to assert control, as others try to bring Dracula back from the dead. Nobody is who they seem, and nobody can be trusted. These are the end times, after all.

An adaptation of the Japanese video game series of the same name by Konami, Castlevania is produced by Frederator Studios.

Check out the trailer for its epic, 10-episode final season below.