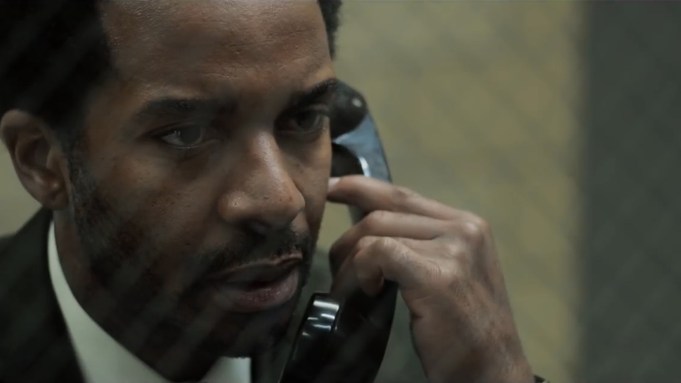 Comic-Con is getting a preview today of the July 25-debuting Castle Rock when the Hulu series inspired by Stephen King’s work has its world premiere in Ballroom 20 of the San Diego Convention Center. If you are a devoted fan of the Carrie author’s canon, then the 10-episode series executive produced by J.J. Abrams may be your idea of heaven, but I think most of us will find they need to pick up the pace between the frights.

As I say in my video review above, a number of familiar names, faces and places are to be found in Castle Rock, including the title — the name of the Maine town that has been a constant presence in the horror author’s writings. Yet name-checking all those references like Shawshank Prison, and the presence of Carrie star Sissy Spacek, can become a bit of dire drinking game as the story lumbers along.

Not that Castle Rock isn’t genuinely scary at points — it is. And not that the national treasure known as Spacek doesn’t do a good job — she does. So does Andre Holland as her adopted son and a death-row lawyer who reluctantly returns to his hometown. But in seeking to mold suspense, the Sam Shaw and Dustin Thomason offering had a distinct tendency to lose me. Put it this way: The space between the scares isn’t quite like watching bloody pain dry, but it can feel not that far behind, and in today’s demanding TV environment, that can kill ya.

Whether you are at Comic-Con today or not, take a look at my video review for Castle Rock above. Will you be traveling to the Maine town next week?