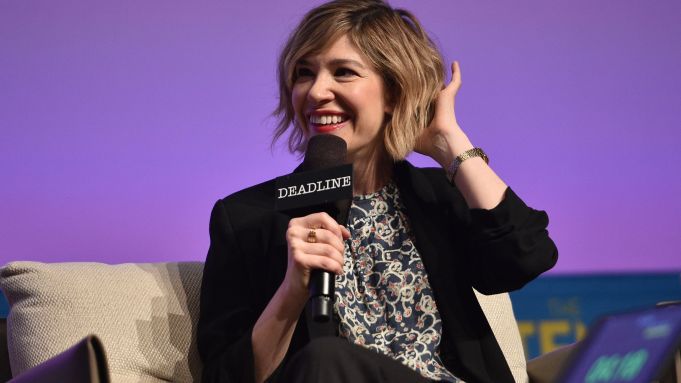 How hard is it to say goodbye to Portlandia? Even David Letterman and Jerry Seinfeld at a recent Netflix Emmy-season event went back and forth about their love for Fred Armisen, Carrie Brownstein and Jonathan Krisel’s sketch comedy series, which ended its run after eights seasons on IFC back in March.

“It’s difficult to do anything for eight years and to end in a place where we have such an affection for everyone we worked with, for Fred Armisen, Jon Krisel, for the city, and just for the process itself, coming back and feeling a sense of newness and renewal every time we went into the writers’ room,” said Brownstein.

In regards to keeping it fresh and not falling back on any formality, what was key for the creators was maintaining a sense of “optimism and curiosity, almost a clumsiness from which you begin,” she says.

“We kind of operated with elasticity. It was a sketch show to begin with and then we went into seasons with narrative arcs. Season 3 was a long character journeys. We sort of operated with a sense of story then we initially set out to do,” she adds.

Up next for Brownstein is her feature directorial debut on MGM’s Fairy Godmother. The screenplay was the first written by playwright-blogger Chiara Atik and is a comic revisionist look at the classic Fairy Godmother tale. Its logline: When sought-after Fairy Godmother Faye is hired by a mind-bogglingly gorgeous teenage client, Kenzie, to find her true love with the hottest prince in the land, Faye finds herself facing an unfamiliar challenge when the prince starts falling for her instead.

Nonetheless, as she mentioned at The Contenders Emmys, Brownstein hopes to continue to find room for sketch comedy given “how kinetic it is” and the thrill of being in the moment.