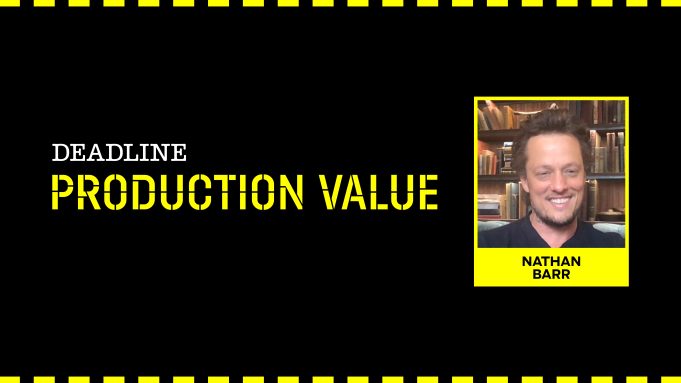 A two-time Emmy nominee known for his musical range, composer Nathan Barr has recently demonstrated just that, with his work on Amazon’s Carnival Row, Netflix’s Hollywood and Hulu’s The Great.

Created by Travis Beacham and René Echevarria, the first title is a Victorian fantasy series set in a world in which humans and mythical creatures collide. The second series, from Ryan Murphy and Ian Brennan, follows a group of aspiring actors and filmmakers in post-World War II Tinseltown, who will do anything to make their dreams come true. And then, there’s The Great, a “ridiculously over-the-top” historical comedy from The Favourite scribe Tony McNamara.

Naturally, each of Barr’s recent projects called for a sonic palette that was totally distinct. “In terms of The Great, that particular period of 18th century music was really interesting, but this is quite a different take on that, that plugs into the electronic side of things. Hollywood is much more of a score rooted in traditional 1940s orchestration and jazz,” the composer explains in the latest installment of Deadline’s Production Value video series. “I think in both of those shows, and in Carnival Row, at the end of the day, it’s about, can you write a decent tune that is going to apply itself to a storyline, or multiple storylines, throughout the course of a show?”

A composer with a unique set of skills—and a growing collection of rare instruments—Barr began studying music at an early age. Throughout his youth, Barr was constantly traveling with his family, gaining exposure to music of all kinds—and these formative experiences factored greatly into the dexterity the artist possesses. “My mom got me started on Suzuki violin when I was about 4 years old, when we were living in Japan,” he says. “Sitting down at the piano, rather than having to learn pieces, I just wanted to sort of mess around and improvise—and composing is improvising—so that was kind of how it started.”

In the late ’90s, Barr set out to make a name for himself in the industry, finding his first major opportunity in Hollywood, after sending in “a random job resume” to renowned composer Hans Zimmer. “I got the job working with him, and that was when I really started to plug into the idea of being a composer,” Barr says. “There was so much to absorb there, and then when I was doing my first couple films, I started to figure out what my process was, and how it was different, and how that worked for me.”

With around 43 film scores to his name, Barr spent much of his career in the feature world before moving over to television, connecting early on with filmmaker Eli Roth. “[He] had a really interesting idea about what horror films were, and he and I really bonded over that,” the composer says, “with Cabin Fever, and Hostel, and some of these projects.”

Subsequently, the score for Hostel ended up in the cutting room on True Blood, HBO’s beloved vampire drama, and it was this happening that opened up another whole set of creative opportunities for Barr.

“I got a call from [creator] Alan Ball, and went in and met with him, and that was the first really big break that came out of nowhere. I wanted to be with Alan and HBO, and just told them honestly, I loved that I was sitting there, and I wanted to be a part of the project, but I felt like the music of mine that they used was totally wrong for the show,” the composer shares. “And after the fact, after getting the job, one of the execs from HBO said that was the first time they’d ever had a composer come in and shoot down his own work, in the process of trying to get a gig. So, I think they appreciated that sort of honesty, and I did take it in a very different direction from what they had temped in.”

For Barr, and for all composers working in television, one of the greatest creative challenges is crafting the perfect title theme. “I heard someone describe it once as like, ‘It’s the thing that pulls the audience back in the room.’ After getting popcorn, they know the show’s starting. It’s completely setting up for the audience what this show is,” the composer says. “What’s the tone of the show, what kind of journey are they going to be taking, who are the characters, all that stuff has to be inherent in what you do in the main title.”

Boasting additional credits including Fosse/Verdon, The Americans, Hemlock Grove and Sneaky Pete, Barr is working constantly in TV these days, finding the experience creatively satisfying, in ways that stand out from composing for a feature. “When we think of TV today, versus 20, 30, 40 years ago, it’s a different experience for many reasons. If the story’s compelling, and the characters are compelling, the idea of working on a 10-hour arc, as opposed to a two-hour arc, or a 90-minute arc, is really exciting,” he says. “Something that begins the season as this little two- or three-note idea may become the entire theme, by the time you get to the end of 10 hours.”

From the composer’s perspective, there is little not to love about composing music for film and television. “I’ve loved [movies and TV] my whole life. I love music, so in my spare time, I’m going to movies, watching TV, listening to music. In my work time, I’m watching movies, watching TV, listening to music, and writing music, so it’s just like, it is my life,” he says. “So, even when it’s difficult and it’s not fun, it’s still like, ‘Wow, I’m getting to do exactly what I wanted to do when I was growing up.’”

For more from our conversation with Barr about his Emmy-contending series, click on the video above.