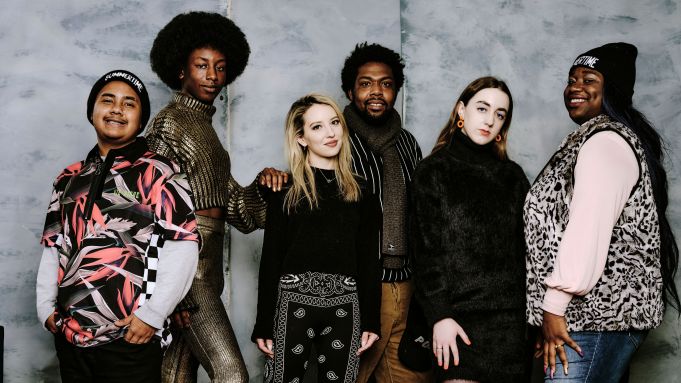 Blindspotting director Carlos López Estrada debuted his second feature, Summertime, at the Sundance Film Festival. It’s a Slacker-inspired piece that centers the lives of 25 high school Los Angeles performers, all of whom served as co-writers on this film.

It takes place over the course of a hot summer day in LA where a skating guitarist, a tagger, two wannabe rappers, an exasperated fast-food worker, a limo driver all weave in and out of each other’s stories. Utilizing the art of spoken-word, the Angelenos express life, love, heartache, family, home, and fear.

Speaking on the collaborative process, Cuda shared, “We all came together, we all had an idea of what we wanted to share and what we wanted to write. Some of us had poems that were already written. We were like, ‘this is the poem I want to bring in.’ Some people had no idea. They knew that they wanted to be in this film but they kind of were more flexible about where they wanted to fill in the connective tissue of the movie.”

For many of the young participates this was their first time reciting their works in front of a camera.

“The whole process was dope in general because it’s like we have things that we’ve written before or things that we’re getting developed for the sake of the film. And then it was like, ‘what is something that you do or what is something that you’ve connected with and let’s just put a camera on it,'” said Antoine. “So for people that may have not had a comfortability being on film, I think that was able to take away a layer of pressure because it’s not having to step into the space of doing something outlandish. It was just, find what you find comfortable and conveyed into a piece and then share it with us.”