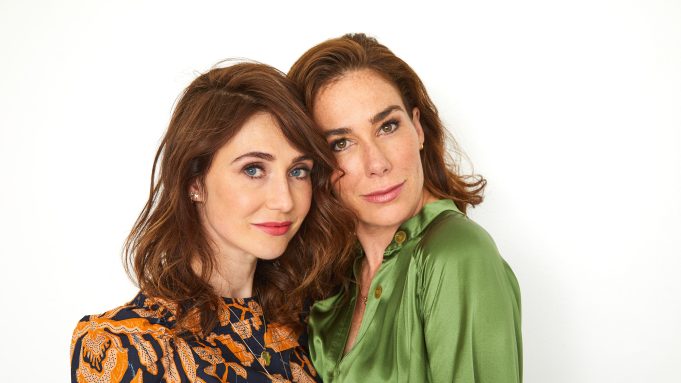 One of the more controversial films in this year’s TIFF lineup came from the Netherlands; the brainchild of actresses Halina Reijn—who co-scripted and also directs—and Game of Thrones‘ Carice van Houten, Instinct tells the story of a female prison sychologist, Nicoline (Van Houten), who falls for the charismatic but manipulative and highly dangerous Idris (Marwan Kenzari).

“I saw a news program, like five years ago, about love in prison,” Reijn explained when the pair came by the Deadline studio. “I was totally intrigued by the fact that [prison] therapists, or people who worked there, would develop relationships with criminals. So that was how it started: a fascination with the subject. I thought, ‘This is the perfect idea—to tell a story about sexuality and power, and to create a very challenging role for [Carice]. Those were my main thoughts at the very beginning of it—not to make a social drama, but to create almost like an abstract story with the theme ‘Sexuality and Power’.”

Van Houten found the offer irresistible. “It was a really challenging role,” she said, “because the character is so vulnerable, and so strong at the same time. She’s a very complex character, and there’s only one way to approach that, [which] is to completely just dive into it. I had to really connect with the junkie in me, and that’s not, per se, a very pleasant, very comfortable place. So it took a lot out of me. But at the same time, because Halina is my best friend, and because I trust her as an actress and also as a director, I felt very confident. I was free in my acting, and therefore I didn’t feel embarrassed. I could go 100% for it. And that’s why I’m very proud of it, because I don’t think I’ve ever played as free.”

To find out more about Instinct, click on the interview.