Continue to Deadline SKIP AD
You will be redirected back to your article in seconds
Skip to main content
December 12, 2018 2:40pm 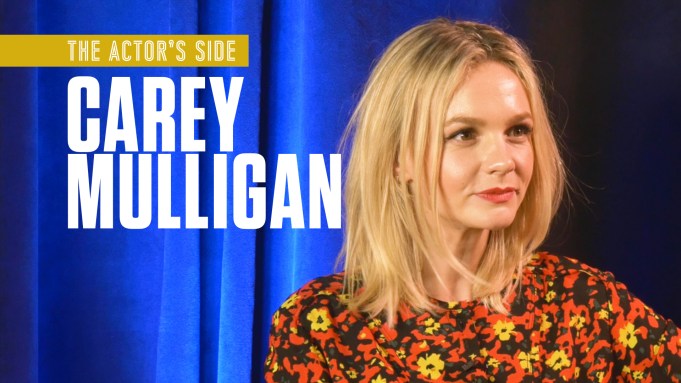 Carey Mulligan is not afraid to go to the dark side and play characters with which the audience may not be all that comfortable. That is the takeaway I got when she visited our Deadline studio to discuss her awards contender Wildlife for my video series The Actor’s Side.

In the film directed by actor Paul Dano, whom she talks about as the video begins, she describes the role of Jeanette, a 1950s housewife on an emotional downward spiral as she tries to deal with a husband (Jake Gyllenhaal) whose ambitions don’t match hers, and a young son who she is bringing up in his absence as he goes off and pursues his dreams.

Mulligan talks about how the character can be perceived as negative, but doesn’t mind if people see her as unlikable. She points out the time period was an extremely difficult era for women in particular, expected to stay in their place. In our discussion she talks about how she was able to personally relate to aspects of Jeanette, especially as it applied to her recent stage experience in London and New York in her one-woman show Girls and Boys.

She also talks about another recent job she did during her second pregnancy, playing a working woman where her condition was not an issue in the story, or in getting the job. A multi-award nominee and winner for films, stage and television, Mulligan is at a point where she only wants to take roles that challenge her, and certainly Wildlife — which went from Sundance to Cannes to theaters through IFC Films —  is indicative of that goal.

Watch our conversation above. For past The Actor’ Side episodes, click here.