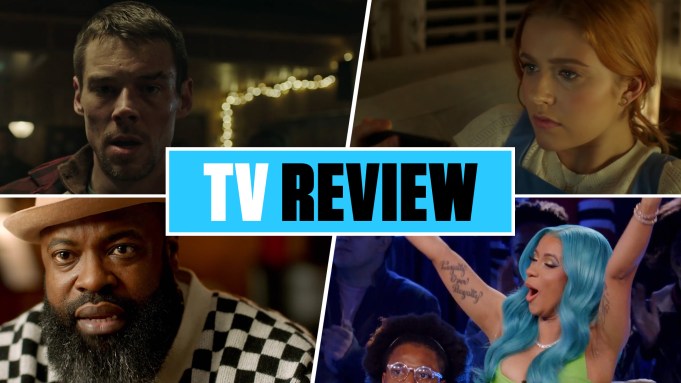 Just like a great hip hop tune, there’s a lot in the mix this week for the show you have to watch. We’ve got a small-screen offshoot of a big-screen franchise, a new iteration of a certain teen sleuth, some classic beats, and a search for a new superstar.

Which one will be the one you have to see? Well, you know how that goes – check out my video review above to find out.

Debuting tonight after the Season 4 premiere of Riverdale on the CW, a new Nancy Drew sees the teen detective updated for 2019 but still on the trail to track down clues and solve the case. Portrayed by Kennedy McMann and based on the character from the dozens of books penned under the pseudonym Carolyn Keene, this Ms. Drew is looking for contemporary answers as much as solving crime in her Maine town.

Also on decks today is the just-premiered Rhythm + Flow, Netflix’s first music competition series. Anchored by judges Cardi B, Chance the Rapper and T.I., the 10-episode run drills into Los Angeles, New York, Atlanta and Chicago in a multi-challenge race for the next hip-hop sensation. Launching with four episodes early this morning, Rhythm + Flow will roll out new one-hour shows each Wednesday. Each week will spotlight a new phase of the competition and top-tier guests as the aspiring MCs battle it out.

So, with that varied mix, watch our review to see which show grabs the golden ring this week.