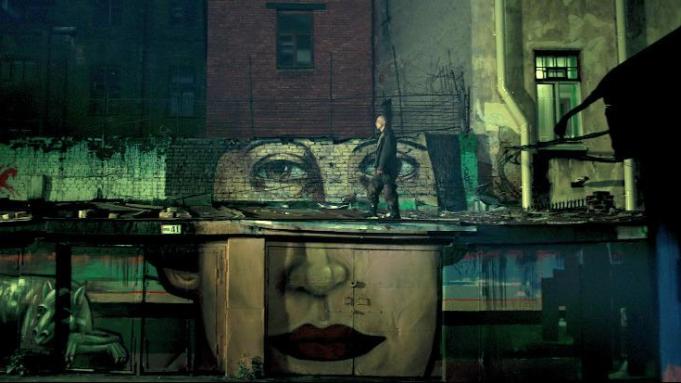 EXCLUSIVE: Here’s your energetic first clip for Russian thriller Captain Volkonogov Escaped, which is getting its world premiere at the Venice Film Festival.

The allegorical drama tells the story of the titular Captain Volkonogov, a well-respected and obedient law enforcer in the former Soviet Union, who witnesses his colleagues being suspiciously questioned. Sensing that his turn will soon come, he plans to escape, only to find his former colleagues hot on his tail. When the vulnerable and hopeless Volkonogov gets a message from hell that he’ll be sentenced to eternal torments, he must find a way to repent. But time is running out and the manhunt is closing in on him.

Starring are Yuriy Borisov, who appeared in the Cannes competition titles Compartment No 6 and Petrov’s Flu, Timofey Tribuntsev (Petrov’s Flu), and Natalya Kudryashova, who won the best actress award in Venice’s Horizons section in 2018 for Merkulova and Chupov’s last film, The Man Who Surprised Everyone.

Memento Films International is representing sales on the project.

The film is a co-production between Place of Power and Look Film (Russia), Homeless Bob Production (Estonia) and Kinovista (France), with support from the Russian Ministry of Culture, Kinoprime, Eurimages, the Estonian Film Institute, the Cultural Endowment of Estonia and France’s Aide aux Cinemas du Monde.