Continue to Deadline SKIP AD
You will be redirected back to your article in seconds
Skip to main content
November 26, 2021 7:10am 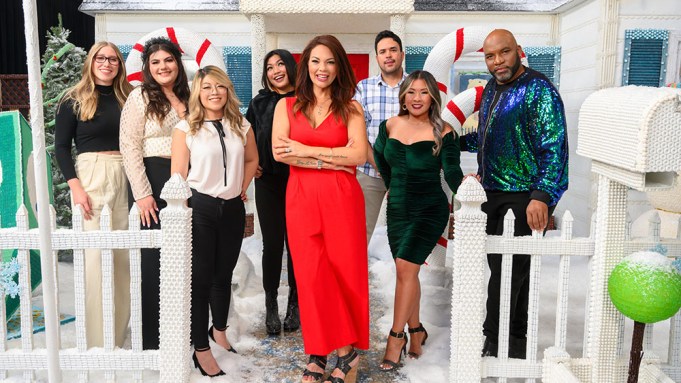 Hulu is making the holidays sweeter with Candified: Home For The Holidays, a four-part unscripted series where a life-sized home made of candy is built by Jackie Sorkin and her team. The streamer released the first trailer above, ahead of the show’s Dec. 1 premiere.

By the time is all said and done, the 1,000 sq. ft. home will feature surfaces, accessories, and pieces of furniture made of candy.

“Hundreds of thousands of pieces of candy,” said Sorkin, known as the Candy Queen, of how many treats they used to build the house. One of her artists shared they also used “600,000 sugar cubes” and “96,000 cupcakes.”

And not all goes as planned. A giant candy penguin named Mr. Squeekers loses its head in a terrible accident in the kitchen leaving the artist in tears. Although the giant task may sound fun, Sorkin says multiple times in the teaser that they’re all under an insane amount of stress to reach completion successfully.

It is produced by Bright Spot Content, the All3Media-backed production company behind Hulu’s Baker’s Dozen. It is exec produced by founder Sandy Varo Jarrell as well as Suzanne Rauscher and Brian Robel.