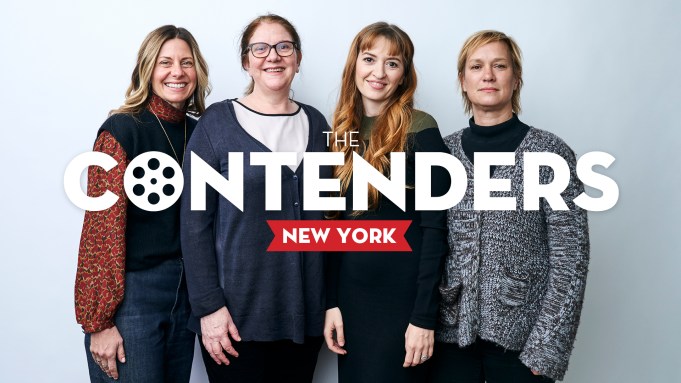 It was a natural for Fox Searchlight to bring its Oscar-buzzed drama Can You Ever Forgive Me? to Deadline’s first-ever The Contenders New York all-day event at the  DGA Theater. If ever there was a film in which New York City is also a key character it is this one, a true story about a down-on-her-luck author of celebrity biographies who discovers a quick way to make money by forging letters from famous people.

The Marielle Heller-directed pic is set in the NYC of the early ’90s, a time when AIDS was decimating much of the gay population and dusty bookstores and libraries were still a place to go before the Internet boom drove many away.  At its center is a brilliant performance by Melissa McCarthy as the real-life Lee Israel, who is joined by another fringe city dweller and gay character, Jack, played equally brilliantly by Richard E. Grant. They team in this new life of petty crime, but at its heart the movie is about these two misfits finding each other, a kind of platonic love story that is partly funny, partly sad but always engaging to watch.

Appearing before an audience of invited AMPAS and key guild members, the film’s all-female panel included producer Anne Carey, who talked about the challenge of getting the right NY locations for a period story set nearly 30 years ago, along with producer Amy Nauiokas, who talked about the pitch she got from Anne about “an aging 50-year-old cat-loving alcoholic everyone hates.” Heller talks about getting to the soul of the tale, digging beneath the surface to come up with two such memorable characters. Film editor Anne McCabe discusses the challenge of hitting just the right tone, especially in the performances.