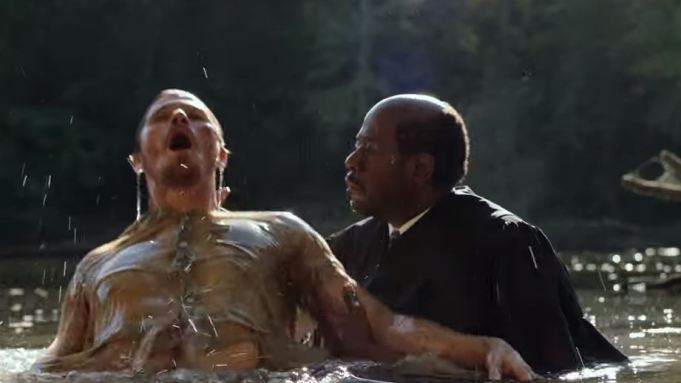 “Can’t get rid of hate,” the preacher says, “unless you replace it with something else.”

Here’s the trailer for Burden, writer-director Andrew Heckler’s film that was inspired by true events and premiered in competition at Sundance this year. Garret Hedlund stars as Mike Burden, a taciturn repo man raised as an orphan within the Ku Klux Klan who is fiercely loyal to the local Klan leader and toxic father figure (Tom Wilkinson). But Burden has a change of heart after falling for a single mother (Andrea Riseborough), who urges him to leave for a better life together.

But that much easier said than done. As the Klan seeks Mike out for vengeance, a black congregation led by the benevolent Reverend Kennedy (Oscar winner Forest Whitaker) takes Mike, his girlfriend and her son in, protects them and accepts them into their community in hope of teaching Mike about love and acceptance.

101 Studios opens Burden in select theaters on February 28. Have a look at the trailer above, and tell us what you think.