Continue to Deadline SKIP AD
You will be redirected back to your article in seconds
Skip to main content
January 30, 2020 11:29am 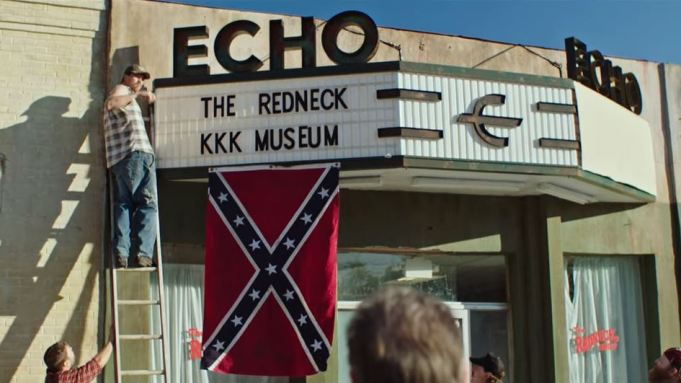 101 Studios has released a new trailer for Burden, one of the buzz titles at the 2019 Sundance Film Festival where the drama won the Audience Award. Garrett Hedlund, Forest Whitaker, Tom Wilkinson, Andrea Riseborough, Tess Harper, Crystal Fox and Usher star in writer-director Andrew Heckler’s pic, which arrives in theaters February 28.

The plot set in a small South Carolina town in the mid-1990s revolves around the opening of a museum celebrating the Ku Klux Klan, spurring the idealistic Reverend Kennedy (Whitaker) to do everything in his power to prevent long-simmering racial tensions from boiling over. Members of Kennedy’s congregation are shocked to discover that his plan to do so also includes sheltering Mike Burden (Hedlund), a Klansman whose relationships with a single mother (Riseborough) and a high school friend (Usher Raymond) force him to re-examine his  beliefs.

“If you truly want to leave the Klan,” Whitaker’s Reverend Kennedy tells Mike, “then your first step is admitting what you done.”